Retina and lawsuit on board


Archos is a French company well known for trying a lot of different concepts in the tablet market, and stirring up a lot of noise for its efforts. One example is the Archos 80 G9, with a 250GB hard drive.

This company apparently never sleeps and this time it is trying really hard to get sued by Apple over the design of its latest tablet. The name of the new tablet is Archos 97 Titanium HD and from the moment you first see it, you will start calling it an iPad with Android on board.

It has a resolution and form factor identical to Apple’s, as its packs a 9.7-inch display in 2048x1536 resolution, IPS and 10 point capacitive multitouch. It comes with 8GB flash memory but with the help of micro SD you can expand it by an additional 64GB.

It comes with 1GB RAM and the processor in charge is a dual-core A9 at 1.6GHz with quad-core Mali 400 MP4 graphics. 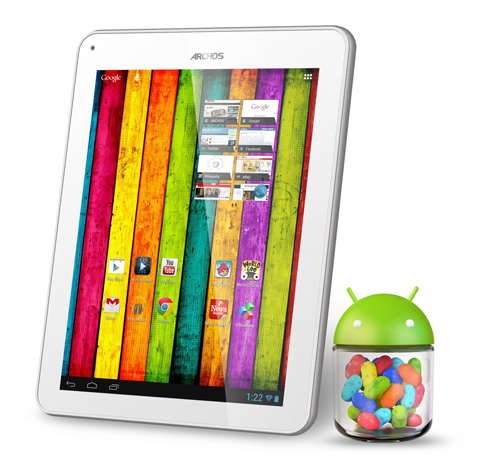 Some will like the fact that it comes with a USB 2.0 data port, two built in speakers and microphone, as well as 2-megapixel front facing camera and 5-megapixel camera with auto focus at the back.

Even though the picture implies it’s an iPad with Jelly bean, and having a picture of Google Maps, doesn’t help its cause anymore as the iPad now has Google Maps too.

There is no word on pricing but we are sure it will surface sooner rather than later. It is not like world is going to end, again.

You can get more here.

Last modified on 24 December 2012
Rate this item
(0 votes)
Tagged under
More in this category: « Acer said to be working on $99 tablet Tegra 4 to kick off USB 3.0 tablet revolution »
back to top