Apple has just announced iOS 6 and there are a few novelties for owners of iPhone 4, iPhone 4S and the next generation iPhone, which is expected this autumn.

The most notable are the maps with turn by turn navigation, with a claim that this has been designed by Apple. Apple is using Tomtom maps, but it offers what looks to be a nice turn by turn navigation with spoken directions and flyover – a chance to see selected cities and landmarks from air and can calculate an alternative route with traffic app. It looks like it has all you need for decent competitor to Google’s navigation. 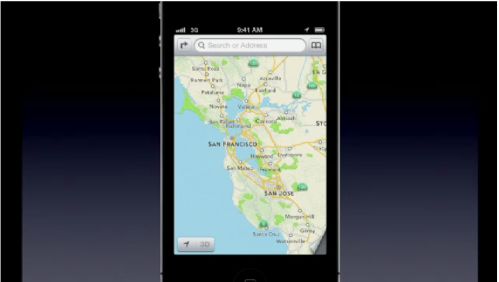 Siri in iOS6 will speak “sports”. This looks quite interesting as it can tell you American football scores (USA version of it at least), some basic details about players or simply provide info on whether Kobe is taller than LeBron. It will provide statistics such as baseball batting average, albeit in USA-centric sports.

We are not sure if Apple now talks European sports, especially football (we will not call it soccer, forget it. sub.ed.). Apple has until September 2012 to tune into some European sports. Football got mentioned but at this point, Siri speaks English Premier League only. 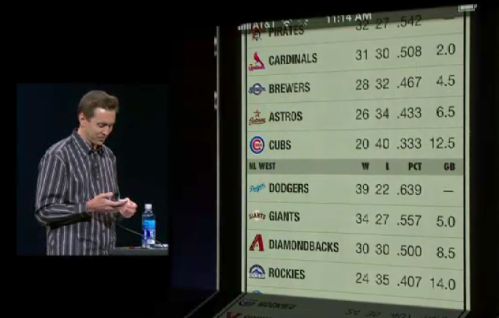 Siri will be able to tell you about restaurants nearby and it will sort them by rating, type, etc. Furthermore, Apple has partnered with Yelp to provide more info on that sort of stuff. Apple has also integrated support for OpenTable and can now help you book a table directly from iOS 6 and Siri.

Eyesfree is also a new feature where you car will let you use your hands-free button to activate Siri. Apple won’t turn the screen on, it will just let the phone talk to you. In the next twelve months BMW, GM, Mercedes, land rover, Jaguar, Audi, Toyota, Crysler and Honda are expected to include this feature with some of their cars.

Apple will have improved Facebook integration and Facetime will work over 3G. Over two thirds of mobile webpage requests are coming from Safari, and now you’ll be able to share tabs from other devices. Precaching webpages in order to read them later will also be possible.

Photo streams will be shared between Apple devices including the likes of iPad, Mac, Apple TV. Naturally, you’ll see them on all of these devices.

It will be possible to store messages in VIP or flagged messages folder and open password protected word documents. Inserting pictures or videos in mail compose window will be made easy and you can refresh the mail list. 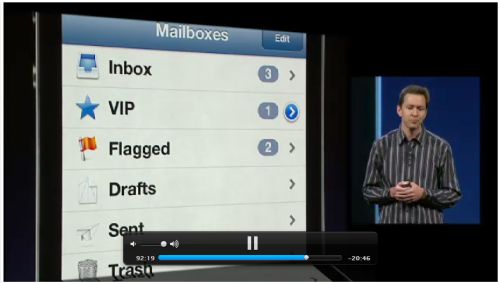 Passbook (below) will keep all of your passes in one place. This should unify your store cards, boarding passes and movie tickets. 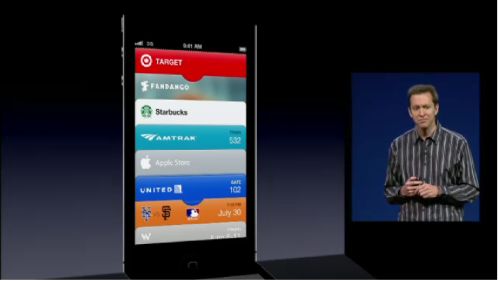 Overall it looks like a decent update that will hit your iPhone 4, 4S and the new iPad in fall of 2012, let’s say September-ish, just in time for the new iPhone 5.
Last modified on 12 June 2012
Rate this item
(0 votes)
Tagged under
More in this category: « 365 million iOS devices sold since March 30 Apple Maps in detail »
back to top