Confirming recent rumors, Samsung has now officially announced its latest dual-core Android smartphone, the Samsung Galaxy S Advance that promises to be the most affordable dual-core smartphone made by Samsung.

According to the press release, the new Samsung I9070 Galaxy S Advanced is powered by dual-core 1GHz Cortex-A9 processor placed behind a 4-inch Super AMOLED 480x800 touchscreen and backed by 768MB of RAM and either 8 or 16GB of internal storage. The rest of the specs include 5MP back camera capable of recording 720p video and a fron 1.3MP one for video calls, Bluetooth 3.0, WiFi, A-GPS, and 14.4 Mbps HSPA.

The smartphone will be shipping with Android 2.3 Gingerbread OS. Unfortunately, the price hasn't been revealed, but the new Galaxy S Advance should appear in Europe sometimes next month. 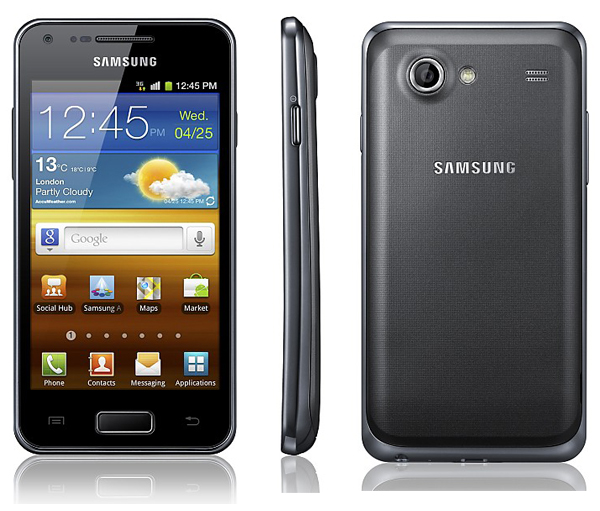 Last modified on 30 January 2012
Rate this item
(0 votes)
Tagged under
More in this category: « Up to five million Android users could be hit by malware Notion Ink explains OMAP over Tegra choice »
back to top