Nvidia is not showing Tegra 3 phones on its booth but just a few hundred feet from their booth, Fujistu decided to showcase a Tegra 3 phone with Raptide GP THD game. 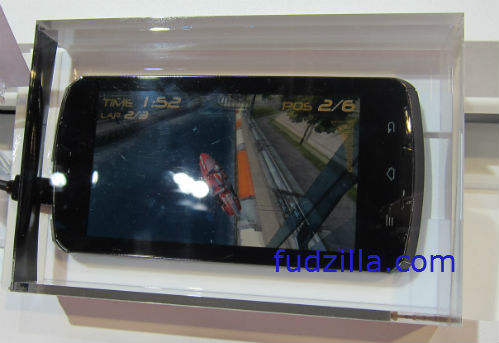 The phone is water and dust proof, has a 4.6 inch high quality liquid crystal screen, and a 13.1 Megapixel high sensitivity camera (ISO 25600). The specs claim the phone is LTE compatible and due its 1.2GHz clock, it should be quite fast.

Unfortunately the phone is for the Japanese market, and we were not allowed to touch the demo. However, the nice girl that was guarding the phone said that we'll have a chance to play with it in about two months at Barcelona Mobile World congress.

Fujitsu Tegra 3 phone should launch this summer in Japan, but there are no direct plans to launch it in Europe or USA as of yet. At least we know that Tegra 3 phones are real but HTC might be the first to launch at MWC late February 2012. 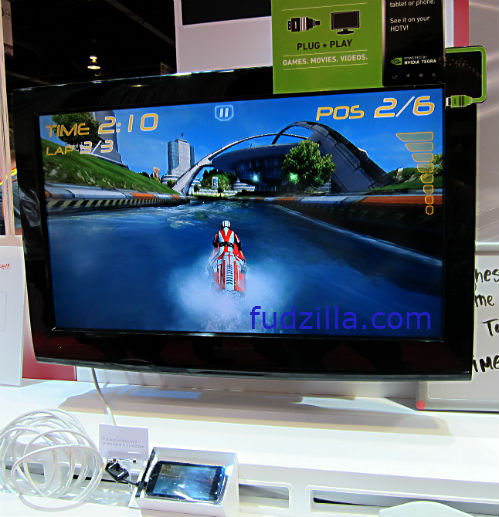 Last modified on 11 January 2012
Rate this item
(0 votes)
Tagged under
More in this category: « Verizon and Netgear debut LTE router Nokia unleashes Lumia 900 on Vegas »
back to top