HTC has officialy unveiled its latest smartphone, the 4.3-inch 1.5GHz dual-core Scorpion powered HTC Rezound. As it was the case with all the latest high-end smartphones, this one also will feature Beats Audio enhancements and will be bundled with Beats Audio headphones.

The full specs list starts with a 4.3-inch 1280x720 screen that has the highest 342ppi pixel density on the market. The horsepower behind the new Rezound is the dual-core 1.5GHz Qualcomm MDM9600 CPU paired up with Adreno 220 GPU and 1GB of memory. The rest of the specs include 16GB of storage expandable by microSD card (16GB card included), 802.11bgn WiFi, Bluetooth 3.0 and GPS, 8 megapixel rear cam with dual LED flash and 1080p video recording, 2 megapixel front cam for video calls, and all the other goodies that you would expect to find on a high-end smartphone.

The new Rezound will be shipped running the Android 2.3.4 Gingerbread OS backed by HTC's own Sense 3.5 UI but HTC has promised that the Android ICE 4.0 updated is planed for early 2012. The new Rezound smartphone packs a 1620mAh battery and should ship at Verizon and Bestbuy on November 14th with a price tag set at US $299.99 with a two-year contract. 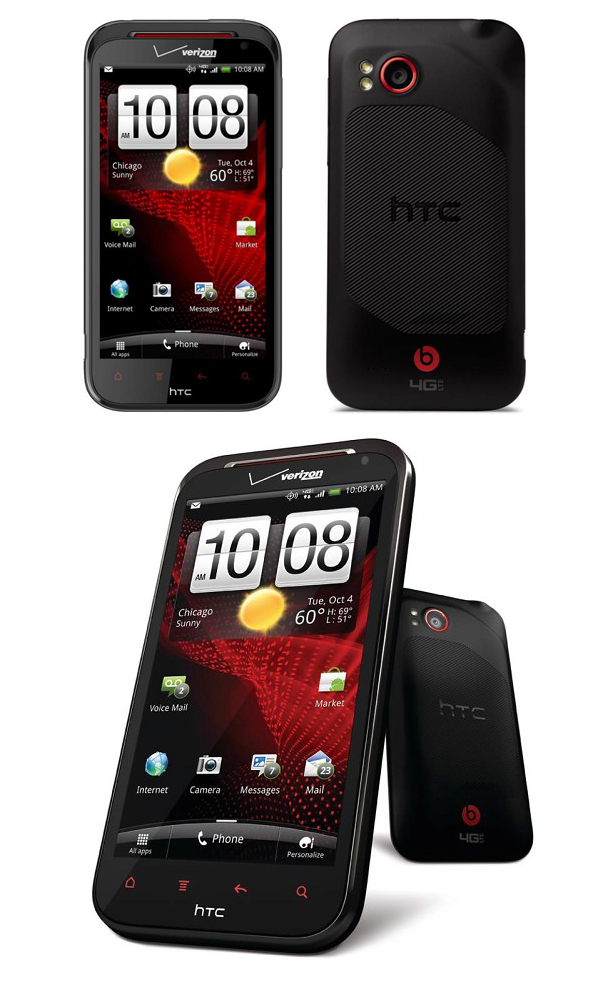