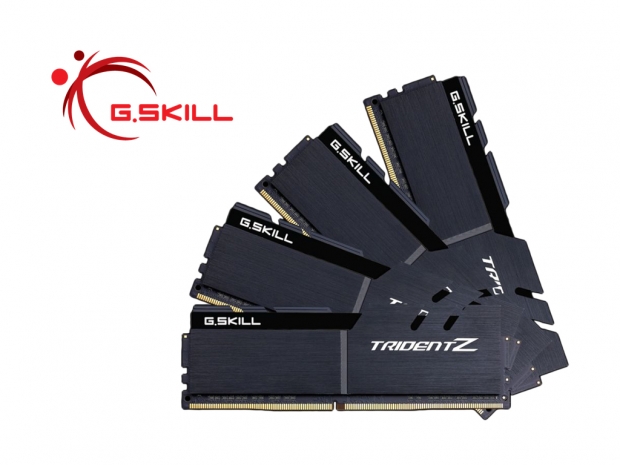 Although it was only a fews ago that Corsair claimed the world's fastest high-capacity 32GB DDR4 memory kit running at 4333MHz, G.Skill responded with its own version, pushing frequency to 4400MHz. G.Skill's new 32GB (4x8GB) dual-channel memory kit runs at the 4400MHz frequency with CL19-19-19-39 latency at 1.5V.

As expected, it is based on binned Samsung B-die DDR4 ICs and is part of G.Skill's well-known Trident Z lineup, with a recognizable black asymmetrical heatsink.

Unfortunately, G.Skill did not reveal any details regarding the price or the availability date for the new 32GB 4400MHz kit but we doubt that this one will be on the cheap side. 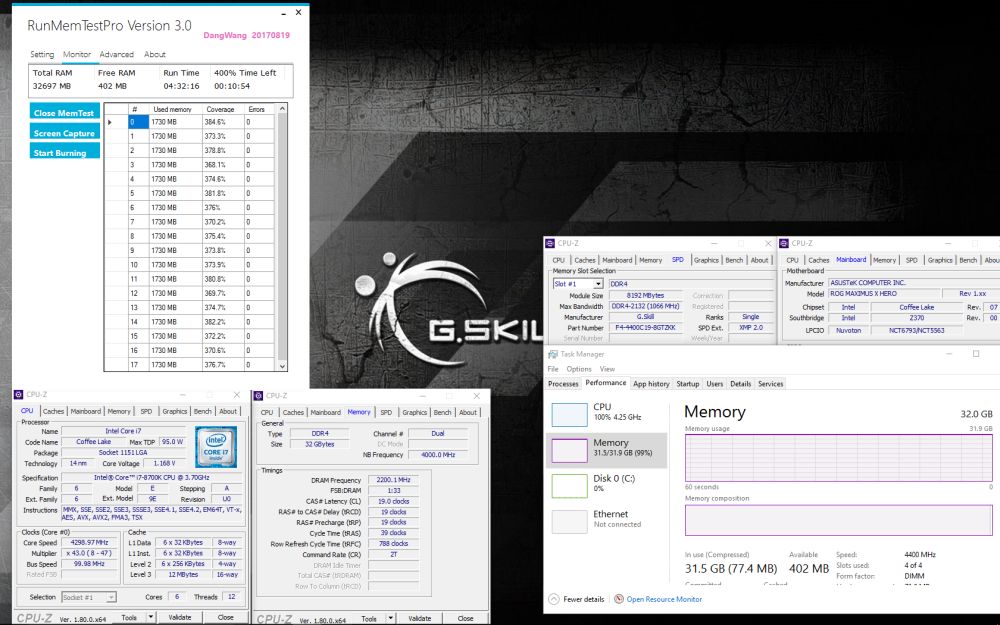