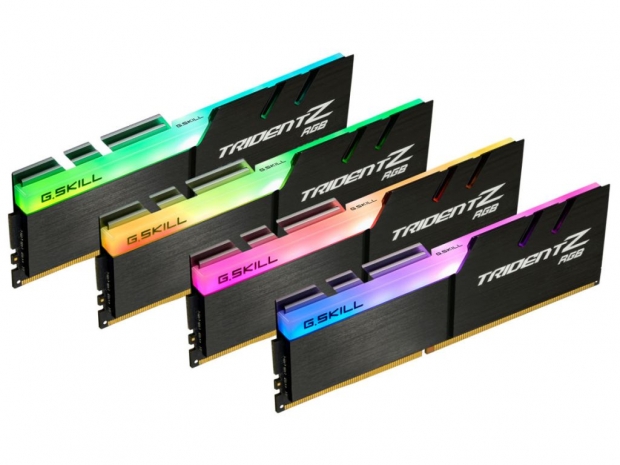 G.Skill has shown off its latest quad-channel memory kit that will be a part of the Trident Z RGB series and run at 4266MHz.

Aimed at the new Intel 8th Gen Core CPUs and the Z370 chipset motherboards, the 32GB (4x8GB) high-capacity memory kit raises the bar with four modules running at the DDR4-4266MHz frequency and CL19-23-23-43 latency, at 1.4V. As expected, the new Trident Z RGB memory kit uses well known Samsung B-die DDR4 ICs and is the fastest 32GB memory kit on the market, according to G.Skill.

According to G.Skill, the new memory kit should be on retail/e-tail shelves in December this year. 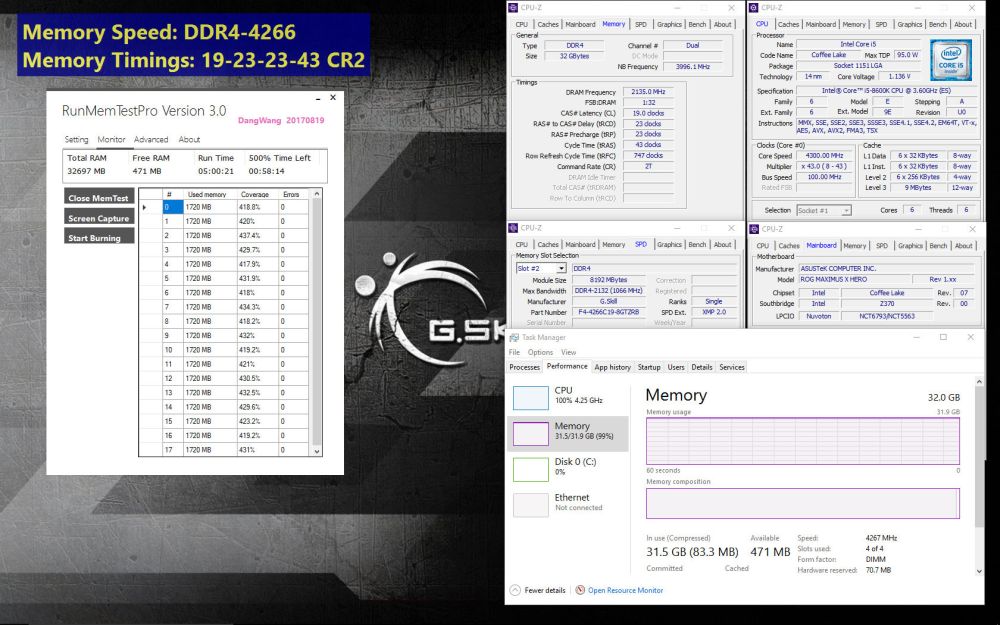