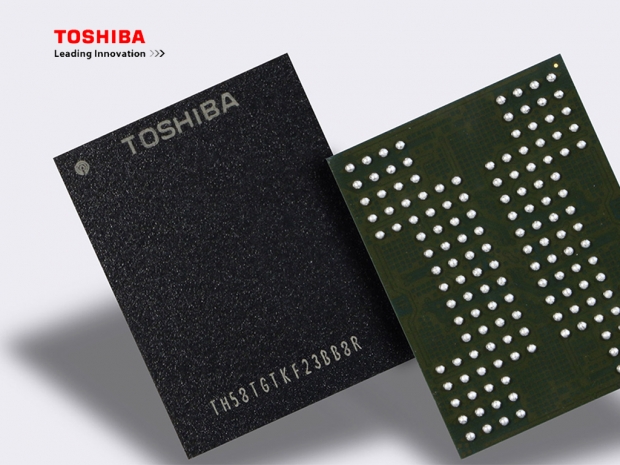 Thanks to the QLC technology, which features a 64-layer stacked cell structure, Toshiba managed to hit the world's largest die capacity of 768Gb/96GB. This also enables a 1.5TB (terabyte) device with a 16-die stacked architecture in a single package, which is also a 50 percent increase in capacity per package compared to the earlier generation.

Since QLC NAND flash suffers from the same, if not worse issues as the MLC NAND, which is how to push data into a single cell without affecting the reliability and performance, it remains to be seen if SSDs based on QLC NAND flash memory will actually hit the cost/performance sweet spot.

We suspect that these drives will mostly be focused on data centers, where lower power consumption and footprint are a premium, but eventually we will see it in other markets.

According to Toshiba, samples of the QLC device started shipping earlier in June to SSD and SSD controller vendors for evaluation and development purposes while further samples will be showcased at the upcoming Flash Memory Summit 2017 in August.

Last modified on 28 June 2017
Rate this item
(0 votes)
Tagged under
More in this category: « Toshiba sues Western Digital as sale is delayed Samsung invests $18.6 billion in South Korea »
back to top