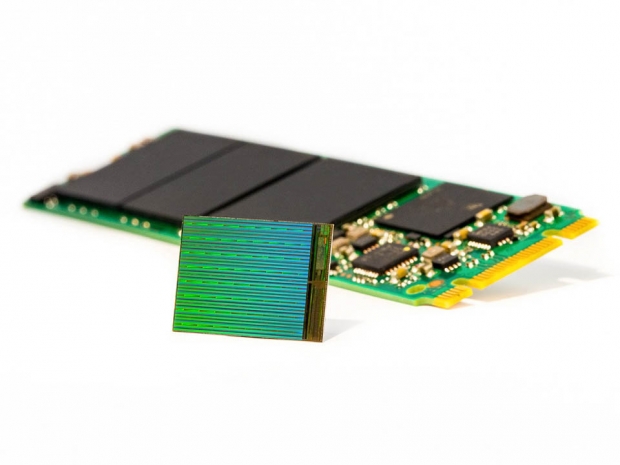 According to sources within the memory industry, global production of 3D NAND flash memory chips is expected to expand substantially in the second half of 2017, exceeding the output of 2D NAND chips by the fourth quarter of the year.

As chipmakers position themselves for increased expansion of 3D NAND output, the output for 2D NAND is expected to be reduced substantially. Samsung, for instance, is expected to begin operating a new plant in Pyeongtaek in July to further expand its 3D NAND production capacity. Micron will start producing 64-layer 3D NAND chips in the second quarter, with mass shipments becoming ready for the second half of the year. The company promises “meaningful output” by the end of their fiscal year in December.

The global supply shortage of NAND flash has so far resulted in a 12 to 16 percent price hike for mainstream MLC-based SSDs and a 10 to 16 percent hike for TLC-based SSDs. Outlets like DRAMeXchange say the trickle-down effect shows price increases will be passed along to PC manufacturers, which have been ramping up SSD installations in laptops due to consumer preference

For now, most 32-layer first generation 3D NAND has already reached mature yields comparable to that of planar NAND processes. Micron says that 64-layer 3D NAND will increase the total GB-per-wafer by more than 80 percent, while decreasing cost-per-bit of TLC-based chips by around 30 percent.

The sources noted that yield rates for other 3D NAND flash vendors are expected to improve substantially in the second half of 2017. SK Hynix will begin mass production of its 72-layer 256Gb TLC NAND during this timeframe, with 256Gb (32GB) chips becoming available for mobile applications and smartphones in Q3, and 512Gb (64GB) arriving in Q4. The 72-layer chips feature higher performance due to a 20 percent higher external interface (Toggle 2.0) data rate, a 50 percent larger block size over 48-layer 3D TLC chips, and a lower page programming time.

Last modified on 19 April 2017
Rate this item
(0 votes)
Tagged under
More in this category: « Li-RAM could be the next big thing Microsoft puts quantum computing on ice »
back to top