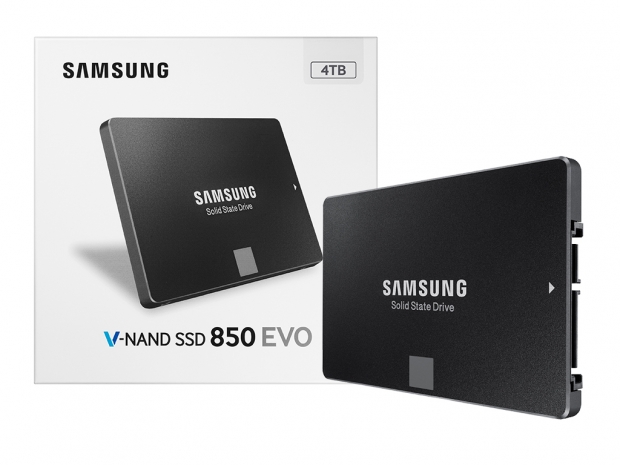 Samsung has officially released the 4TB version of its popular 850 EVO SSD, which will cost US $1,499 and is actually the highest capacity consumer SSD around.

Samsung managed to double the capacity of its 850 EVO SSD by using its latest 48-layer 256Gbit TLC V-NAND, and according to Samsung, it should "deliver unsurpassed performance, reliability and capacity". Just as it was the case with the 2TB version, the 4TB 850 EVO version also uses Samsung's MHX controller.

The write endurance rating is the same as on the 2TB version, hitting 300TBW and it is still backed by a five year warranty.

Coming with a suggested retail price of US $1,499, the Samsung 850 EVO 4TB should have pretty much the same price per GB as the 2TB version. While the final price seems high, bear in mind that the price per GB is still the same and this is the highest capacity consumer SSD around.