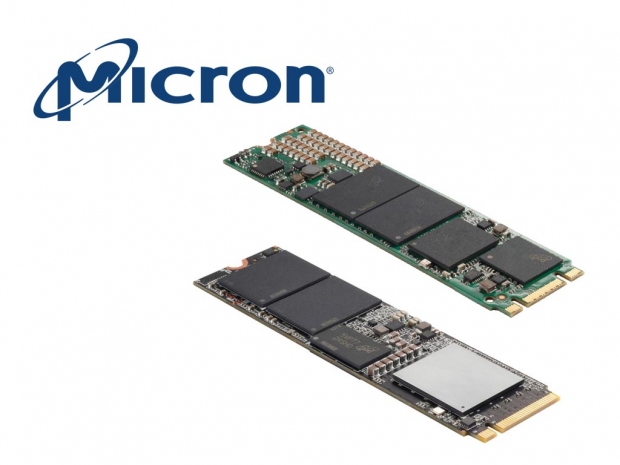 Coming in PCIe/NVMEe, SATA and M.2 and 2.5-inch form-factors

Micron has announced its first client- and OEM-oriented solid-state drives based on 3D NAND, the Micron 1100 and Micron 2100 series.

The Micron 1100 SSD is a more mainstream oriented SSD that will be based on Marvell's 88SS1074 controller and Micron's 384Gb 32-layer TLC NAND. Using a SATA 6Gbps interface and available in M.2 and 2.5-inch form-factors, the Micron 1100 should replace Micron's mainstream M600 series, based on 16nm MLC NAND.

The Micron 2100 is an M.2 PCIe NVMe SSD that is actually Micron's first client oriented PCIe SSD and also the first PCIe SSD based on 3D NAND. Unfortuantely, Micron did not finalize the precise specifications so we still do not have precise performance numbers but it will be available in capacities reaching 1TB.

The Micron 1100 is expected to hit mass production in July so we should expect some of the first drives by the end of the next month. The Micron 2100 will be coming by the end of summer. 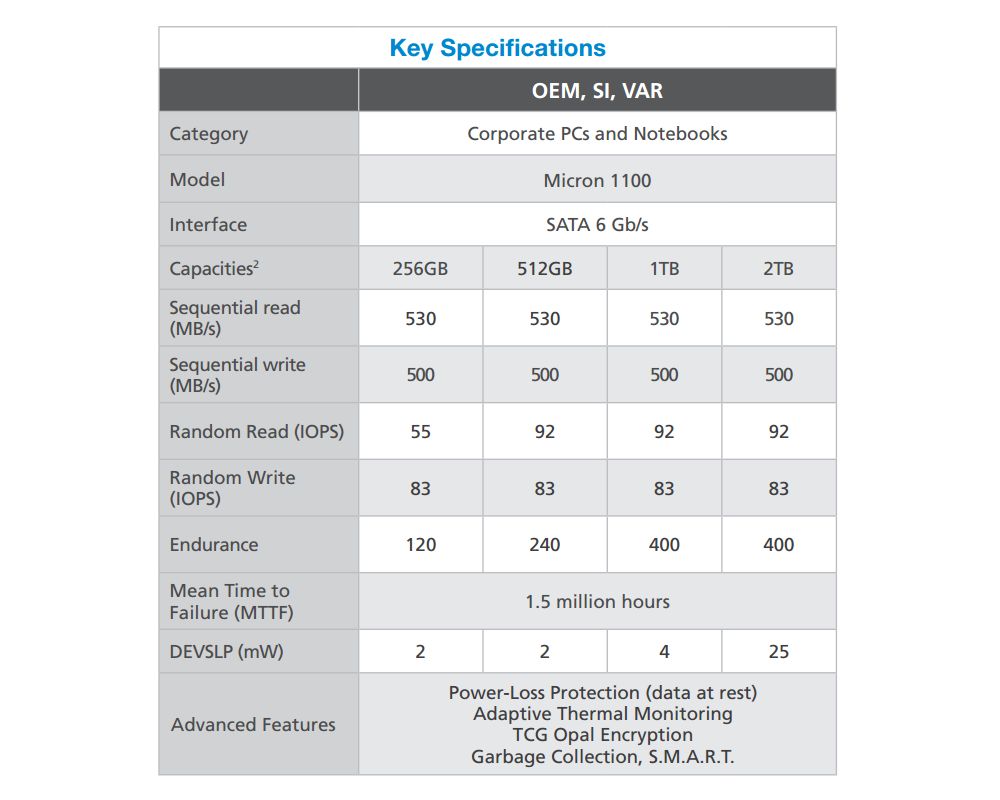