Samsung has announced that its new Samsung 840 family of SSDs is finally available for purchase and will be bundled with the download code for Assassin's Creed III.

In case you missed it, the Samsung 840 Pro SSD is based on an advanced Samsung MDX controller paired up with standard MLC NAND chips, while the standard, non-pro, 840 series SSDs will be based on the same controller which is paired up with TLC (triple-level cell) Toggle DDR2 flash memory, making it a bit more affordable. The entire series feature SATA 6Gbps interface and is housed in a 7mm 2.5-inch form factor.

The plain 840 series on the other hand is somewhat slower on the write front and offer speeds of up to 330MB/s, mostly due to cheaper TLC NAND chips. The 840 series will be available in 120, 250 and 500GB capacities.

The Assassin's Creed III download code will be bundled with Samsung 830 Pro SSDs and it appears that we are talking about limited offer that might not be available in all regions, but you should definitely keep an eye out for it.

You can check out the full Samsung 840 series lineup here. 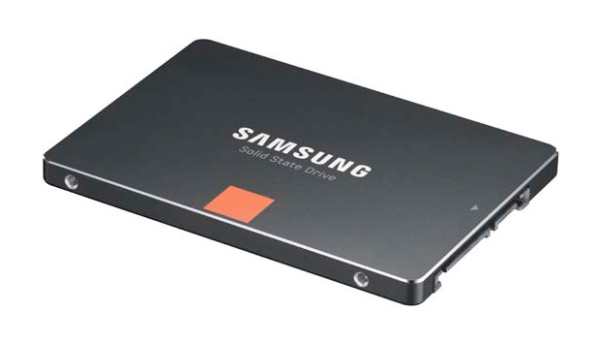 Last modified on 08 November 2012
Rate this item
(0 votes)
Tagged under
More in this category: « Patriot announces ultra-low power SODIMM memory Everspin comes up with non-volatile magnetic RAM »
back to top