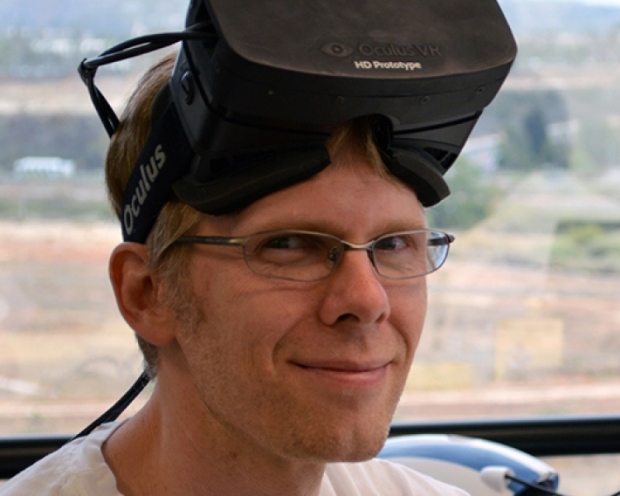 The parent company of Bethesda Softworks and Id Software has told a court that John Carmack and others at Oculus stole trade secrets from their company and then destroyed evidence.

ZeniMax Media claims that virtual reality technology was first developed while Carmack was working at Id Software. What's more, ZeniMax is now accusing Oculus of "intentional destruction of evidence to cover up its wrongdoing".

Ars Technica said that despite the fact that the case is being held in Texas, it is not a low level patent trolling. Mark Zuckerberg, CEO of Oculus parent company Facebook, is scheduled to be in the dock too..

ZeniMax said that it has evidence for the theft of trade secrets and highly confidential information, including computer code. ZeniMax will also present evidence of the defendants' intentional destruction of evidence to cover up their wrongdoing.

According to ZeniMax, Carmack, while still an employee at Id Software, "designed the specifications and functionality embodied in the Rift SDK and directed its development".

But Carmack allegedly used "copyrighted computer code, trade secret information, and technical know-how" from his time at ZeniMax after he moved to Oculus as CTO in 2013.

At the time Luckey lacked the training, expertise, resources, or know-how to create commercially viable VR technology and he only had rudimentary programming skills. He relied on ZeniMax's computer program code and games to demonstrate the prototype Rift.

Carmack told the court of his development of a virtual reality demo for Doom 3 in 2012 and his search for a VR headset that would be suitable to run it. That's when he says he got in touch with Luckey, leading to the now legendary E3 2012 demo that introduced Oculus to the public.

Carmack told the court that ZeniMax initially agreed to share code with Oculus to both companies' mutual benefit, negotiations for ZeniMax to get an ownership stake in the nascent VR firm fell apart.

He said that he was told to stop working on virtual reality, which he considered "very poor" and led him to leave for Oculus. He admitted copying thousands of e-mails to a personal hard drive on his last day working for ZeniMax, he testified that he didn't use this code while at Oculus. Carmack claims he rewrote the technology used in the Rift and Gear VR headsets from scratch and that the code he had written at ZeniMax wouldn't even work in the current Oculus headsets.

ZeniMax wants $2 billion in damages, which was how much Facebook paid for Oculus in 2014. The trial is expected to last three weeks.

Last modified on 17 January 2017
Rate this item
(0 votes)
Tagged under
More in this category: « Apple to invent AR glasses Android Wear 2.0 update may arrive on February 9th »
back to top