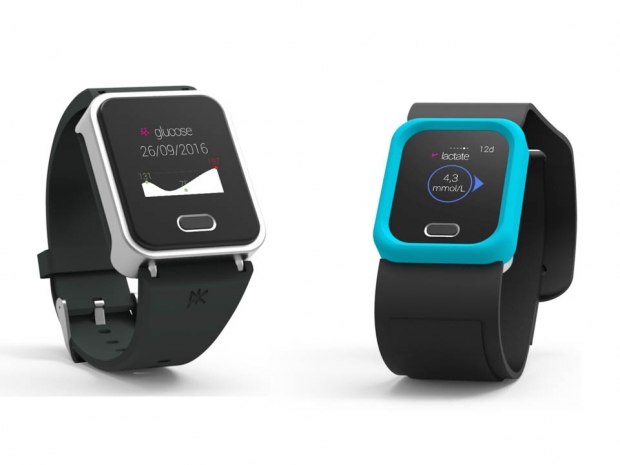 Although the overall wearable device market was projected to decline this year as a consequence of redundant functionality with most smartphone apps, a small handful of companies have managed to develop around the sales plateau with some useful technology for diabetics and athletes.

One of the more useful products featured at the CES Innovation Awards showcase this year are two wearable devices from PKvitality that allow users to monitor glucose, lactic acid and other biomarkers using a patented painless microneedle technology called the SkinTaste biosensor.

PKvitality, an affiliate of Pkparis, began its foray into biological research around 20 years ago and is now introducing the K’Track Glucose wearable tracker and K’Track Athlete monitor for athletes. 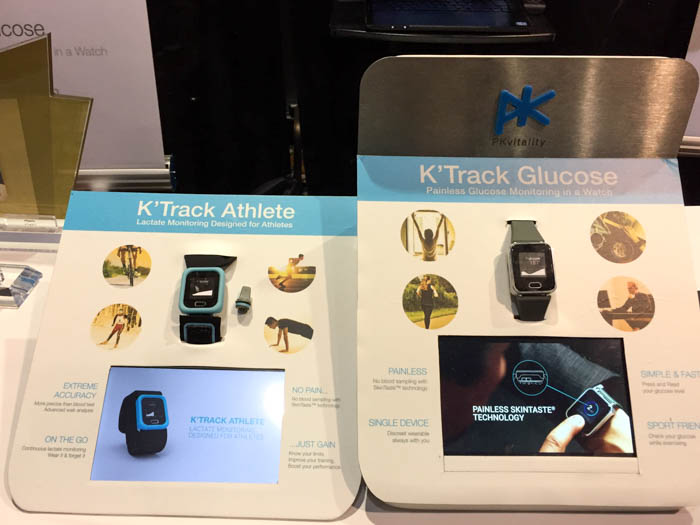 The K’Track glucose smartwatch (pictured right) performs its glucose-monitoring process in two steps. First, it uses 0.5-millimeter long microneedles on the rear surface to puncture the top-most level of a wearer’s skin and then probes interstitial fluid from surrounding tissue cells. The device then uses several micro-pumps to extract the wearer’s fluid for chemical analysis which can give indications of nutrient content. Of course, it will also perform basic wearable functions such as measuring calorie intake, steps and travel distance.

The benefit is that the smartwatch can take up to 30 measurements per day, giving plenty of indicators to Type I and Type II diabetic patients on health progress to prevent chronic conditions.

The device itself will be sold for $200, but each sensor will still cost $150 and must be swapped out once per month. This is about the cost of buying 200 disposable test strips over the course of three months, so the painless glucose tracking option will be offered at a premium when it becomes available sometime in 2018.

The K’Track Athlete (pictured left) is a wearable lactose monitor for competitive athletes and performance junkies that also measures heart rate and VO2 max levels. It is similar to the now-defunct Microsoft Surface Band 2 from late 2015 without the bulk and is worn around the arm with a wrist strap.

Just like its glucose tracking counterpart, the device will also be sold for $200 while the company’s patented K’apsul replacement sensors are $150 each. This translates to about $1,350 per year, yet may still be something of interest for early adopters. 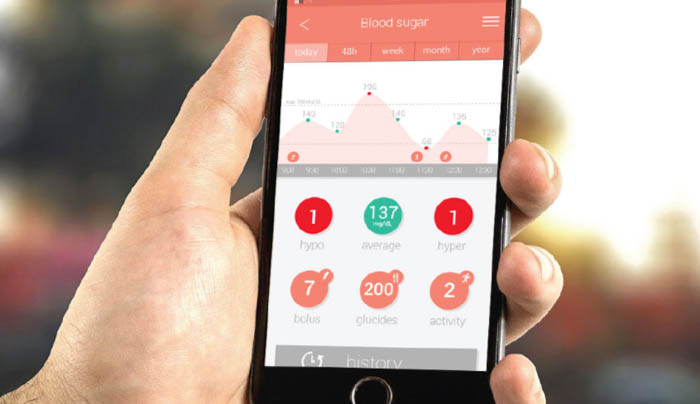 PKvitality plans to begin applying for medical approval sometime over the next few weeks and while the trackers are capable of operating on their own, they will display statistics in real-time on paired iOS and Android apps.

Last modified on 08 January 2017
Rate this item
(0 votes)
Tagged under
More in this category: « Norton puts security into IoT LG to put Wi-Fi in all its products »
back to top