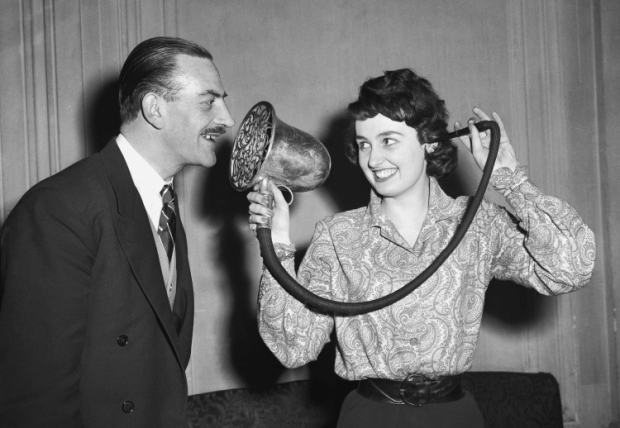 Fruity tax dodging cargo-cult Apple has put the brakes on the release of its super-expensive and largely pointless ear-buds.

Apple's new wireless $180 AirPods were supposed to be in the shops by late October to meet a demand from iPhone 7 users who are desperate to replace the tinny wireless ear-buds which came with the expensive upgrade.

However something has gone wrong in Appleland and Jobs' Mob has told its users that such a launch is officially off the table.

According to Ars Technica, Apple has decided to delay the wireless headphones' launch because it can’t get them to work properly.

Jobs’ Mob said that the company "needs a little more time before AirPods are ready for our customers. The early response to AirPods has been incredible, but we don't believe in shipping a product before it's ready."

Quite why it is having problems now is anyone's guess. There is not that much innovation between the iPhone 7 ear pads and the ones that Apple was touting before.  Perhaps it is hoping that Apple fanboys will have wrecked their hearing listening to the buds which came with the phone and will not notice that the expensive ones are just rubbish. The concept of $180 AirPods actually providing a noticeable sound quality improvement, while being that much easier to lose, has caused much merriment among those who know about sound quality.

Apple declined to offer any estimate or release "window information" about when to expect the AirPods' official launch.

Last modified on 27 October 2016
Rate this item
(4 votes)
Tagged under
More in this category: « Intel shows off 14 nm IoT Atoms Virtual reality sexual assault is with us »
back to top