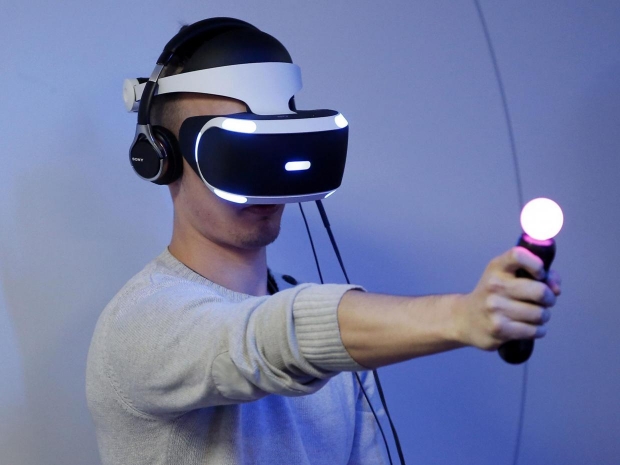 But you will not need a Neo

Sony has confirmed that its PlayStation Neo is not a requirement for PlayStation VR, but you will need rather a lot of space and it will work better if you are sitting down

Sony Worldwide boss Shuhei Yoshida said that all PSVR titles would be playable on current PlayStation 4 consoles now and in the future.

“We believe that everyone can enjoy the entertainment content on PSVR Not just gamers, but a lot more people enjoy PSVR.”

But what is more interesting is Sony’s FAQ which has a section titled “What do I need to own to experience PSVR?”

As you would expect it says that you need a PS4, along with a PlayStation Camera and that some games require either DualShock 4 or PlayStation Move controllers. But what we were not expecting was the amount of clear space you will need to have the best experience.

“Limit your use of PS VR to within the Play Area. The height of the Play Area depends on the range captured by the camera. Clear an area larger than the Play Area of all obstacles before using PS VR and remain seated whenever possible. If an application requires you to stand while wearing the VR headset, follow the application instructions carefully and maintain awareness of your surroundings.”

That rules out my flat living room which does not have any place which could be cleared to install the VR.  So, so much for escaping the confines of the material universe with VR.

Last modified on 02 August 2016
Rate this item
(2 votes)
Tagged under
More in this category: « Amazon comes up with noise cancelling headphones that listen for specific sounds Microsoft releases Hololens development kit »
back to top