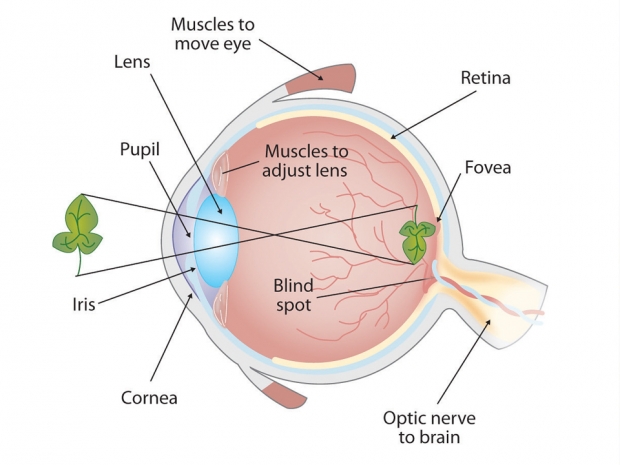 Last week, the technologically creative geniuses at Google thought it would be clever to one-up Sony and Samsung’s recent filings for contact lens-integrated wearable PCs and take an approach one step further – perhaps the farthest possible step forward – by filing a patent to inject and integrate an intra-ocular computer directly into the lens capsule of the human eye.

The wearable computing industry is just gaining traction over the past few years, and already Google wants to render it obsolete with the world’s first biologically-integrated personal computer, or “biofusion PC.” The patent was originally filed in October 2014 but recently became public at the end of last month.

According to line 0079, the device will be powered by an "energy harvesting antenna.” In other words, it will receive wireless power using electromagnetic frequencies (EMFs). The device will also include a rechargeable battery made of either flexible, thin-film or solid state components and can be recharged by applying “a controlled current, a controlled voltage, or electrical energy having some other specified property to the battery.”

In order to implant this device, Google first wants to remove a user’s natural lens capsule by breaking it up into hundreds of small pieces using ultrasonic vibrations, similar to the methods ophthalmologists already use for cataract removal and lens replacement surgeries. The natural lens is then removed by suction. Finally, some fluid is injected between the device and the new lens capsule to form a coupling between the two, and so the device does not move around and shatter inside a wearer’s eye.

Google says that depending on successful installation – and whether a user’s eye has adjusted to being able to focus with the new lens capsule – optical focusing can be accomplished in one of two ways. For those can still successfully focus on near and far objects after surgery, the electronic lens will be controlled by voluntary muscle movements. For those who can’t, Google says it will use an “accommodation sensor” to detect when a user is trying to focus on near or far-away objects, and the sensor will basically aid with the task.

Of course, the device will also include other wireless sensors like GPS, 4G LTE (maybe even 5G LTE), and Near-Field Communication.


For now, privacy advocates and IP affiliates have work to do

With the prevalence of new patents for discrete lens devices like contact-based camera sensors and now integrated biofusion PCs, we can expect privacy advocates to begin gradually considering any regulatory options necessary to ensure public awareness of private recording activities. For instance, some suggest there should also be a set of regulations requiring any connected smartphone or wearable peripheral to emit a "beeping" noise every few seconds to indicate that a user is recording live video. Whatever the regulatory progress situtation may be, we expect folks at the Electronic Frontier Foundation, EPIC and Digital Due Process are taking note and may be considering early proposals to raise awareness accordingly.

Last modified on 10 May 2016
Rate this item
(1 Vote)
Tagged under
More in this category: « GoPro delays drone launch Qualcomm wants to make drones smarter »
back to top