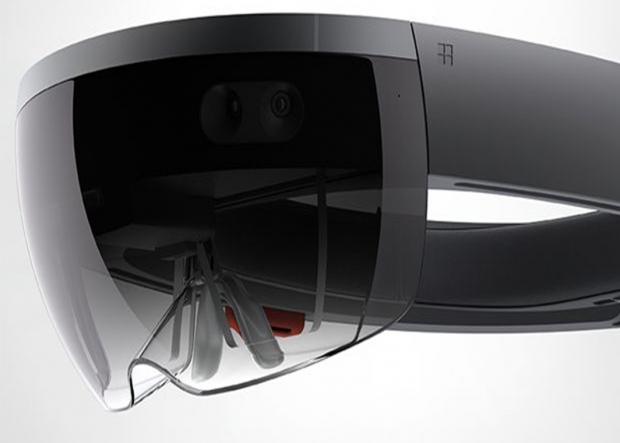 Microsoft's augmented reality headset, HoloLens will have about five and a half hours of battery life, according to a company expert.

Details about the HoloLens are thin on the ground, but Bruce Harris, a technical evangelist at Microsoft let slip a few facts we did not know about the device.

It will only have five to five and a half hours of battery life when working on Word documents or email, and about two and a half hours when using it for highly intensive computational work involving detailed renderings.

A YouTube video by Harris was posted by Israel-based wearables entrepreneur Niv Calederon on YouTube. IT was later pulled which seems to suggest it should not have been out there.
Harris confirmed that the HoloLens doesn't get warm because it was "built to dissipate heat," and that the device has "no option for a wired connection" which makes the battery thing rather cruicial.

The HoloLens can connect to anything with Wi-Fi or Bluetooth connectivity, includes 3D audio and it will only offer English support for the first version.

The HoloLens' field of view (FOV) is like having a 15-inch monitor about a foot from your face and if Redmond can deliver it it will be so cool then the initial battery limits will probably still make it worthwhile.

Back in December, Microsoft made another version of the HoloLens available for the public to test at its Fifth Avenue flagship store in Manhattan. But at $3,000, the device was really more for developers rather than the general consumer market.

The HoloLens is scheduled to begin shipping to developers in the first quarter of 2016.

Last modified on 18 January 2016
Rate this item
(2 votes)
Tagged under
More in this category: « MediaTek releases a SoC for Ultra HD Blu-rays Apple will not bring out new iWatch in March »
back to top