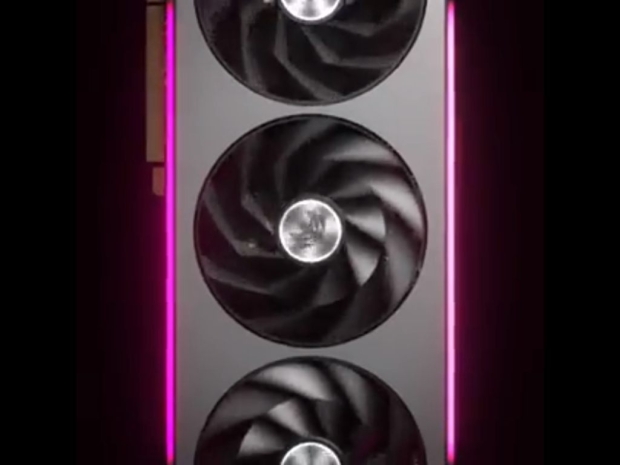 Sapphire has released a teaser for its upcoming RX 7900 Nitro series card.

Although it does not show much, the teaser published over at Twitter shows a triple-fan cooler and a rather flat-looking front plate.

The fan design looks similar to the Sapphire Nitro+ RX 6950 XT Pure version, although the front plate is completely different, so it will be interesting to see Sapphire's design once it is officially launched.

Although there were some rumors that the custom RX 7900 versions could launch one to two weeks after the reference design, our sources are still pointing to December 13th, for both reference and custom cards.

Of course, we could see further custom versions at a later date but AMD AIB partners are gearing up for a big launch on December 13th.