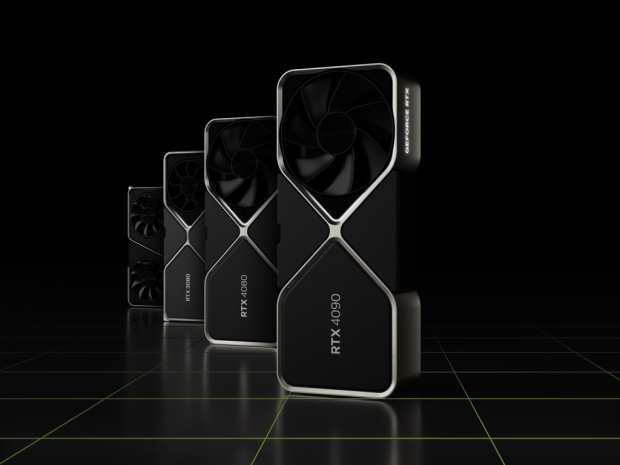 Although we got the general information during yesterday's announcement, Nvidia held a tech-day on its RTX 40-series earlier today, revealing more information on the actual RTX 40-series lineup and the Ada Lovelace architecture in general.

Nvidia kicked off the tech day with Ada Lovelace architecture improvements, focusing on what is described as "a quantum leap in ray tracing performance", and DLSS 3, which bring impressive performance improvements and innovations on both the software and hardware side. 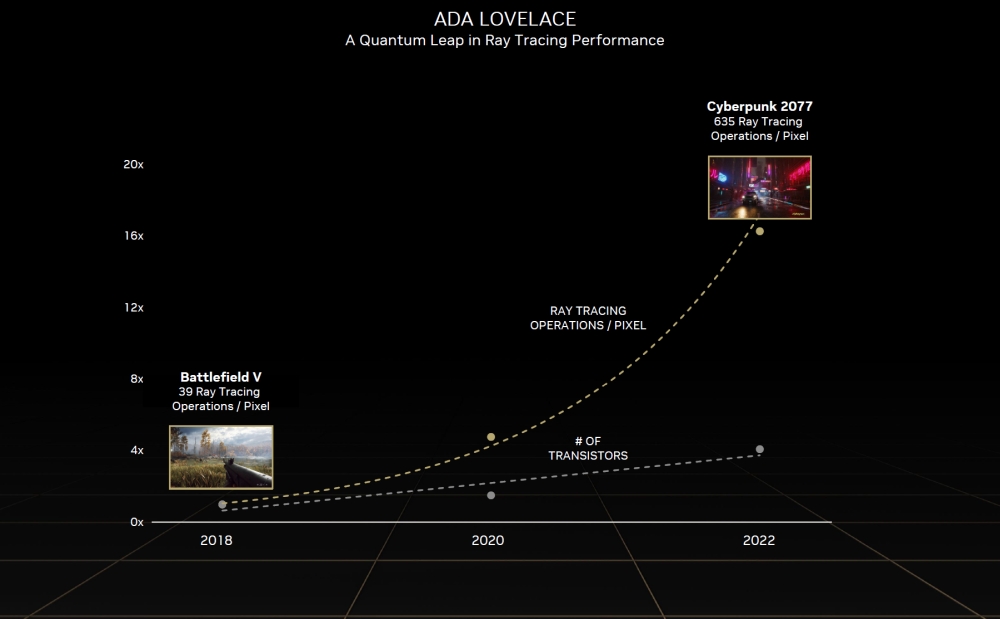 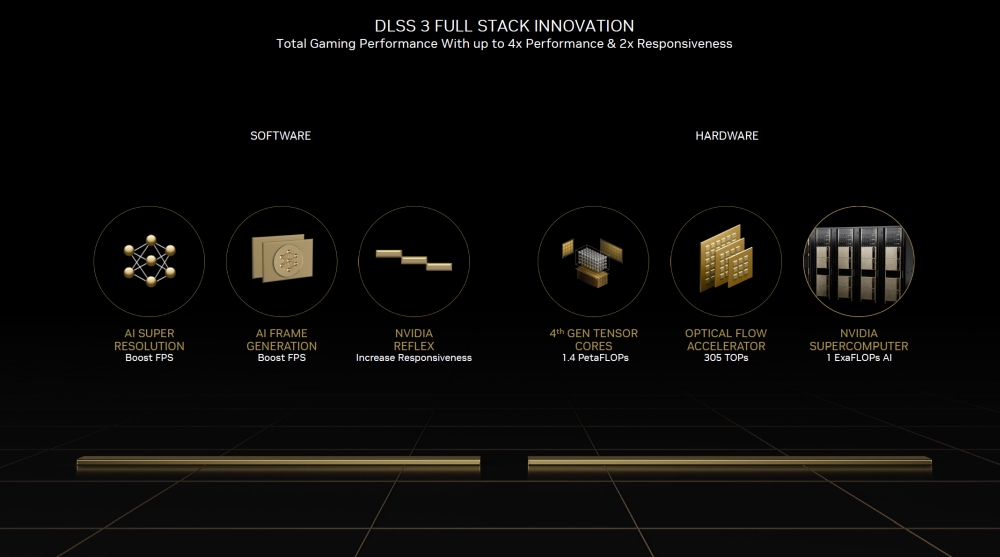 The RTX innovations, as detailed by Nvidia, include shader execution reordering, displaced micro-meshes, opacity micro-masks, FP8 inferencing, optical flow accelerator, and, of course, DLSS 3, all of which, together with the new Streaming Multiprocessor, new RT cores, and new Tensor cores, add up to significant performance improvements, around 2x-4x. 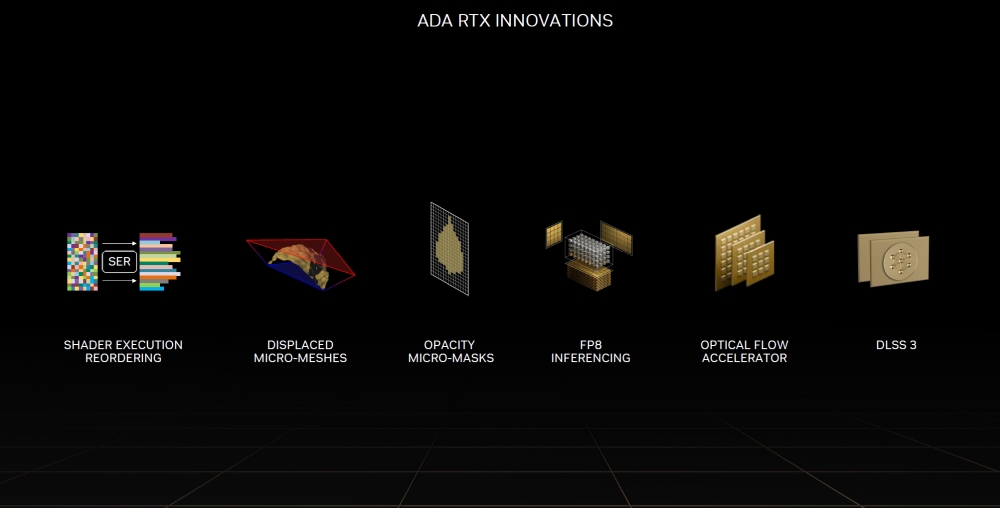 In addition, and despite the higher performance, Nvidia says that the Ada Lovelace is 2x power efficient, at least compared to Ampere architecture. 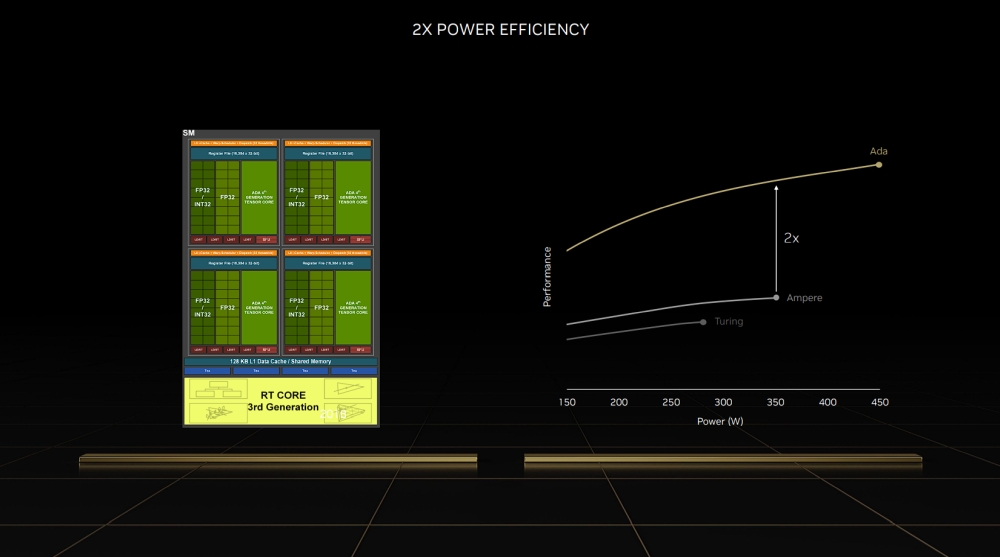 Nvidia also shed a bit more light on the RTX 40-series, Founders Edition cards, which we will cover in a separate article, and the actual GPUs that will be used by the SKUs, confirming some earlier suspicions and rumors.

As detailed earlier, it is built on TSMC's 4N manufacturing process and packs 76 billion transistors. 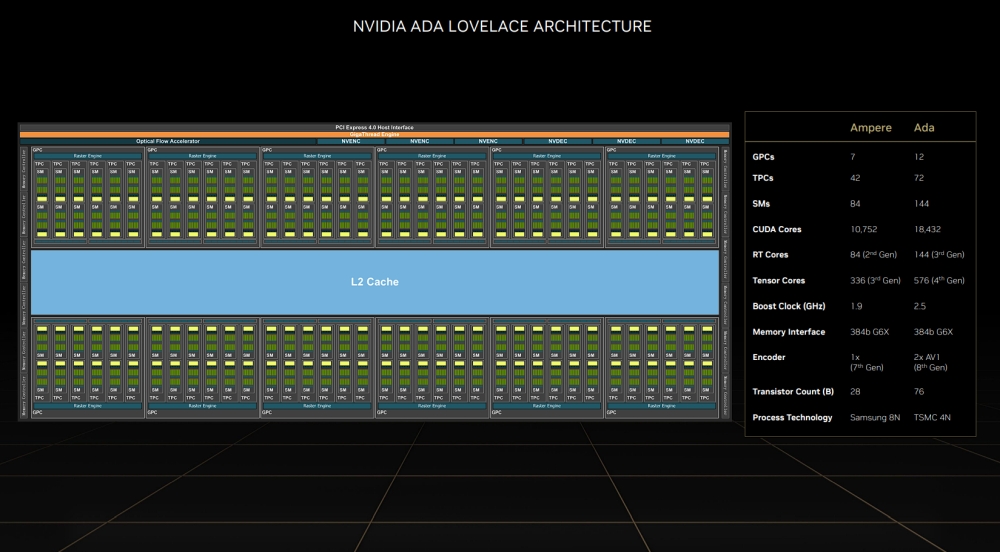 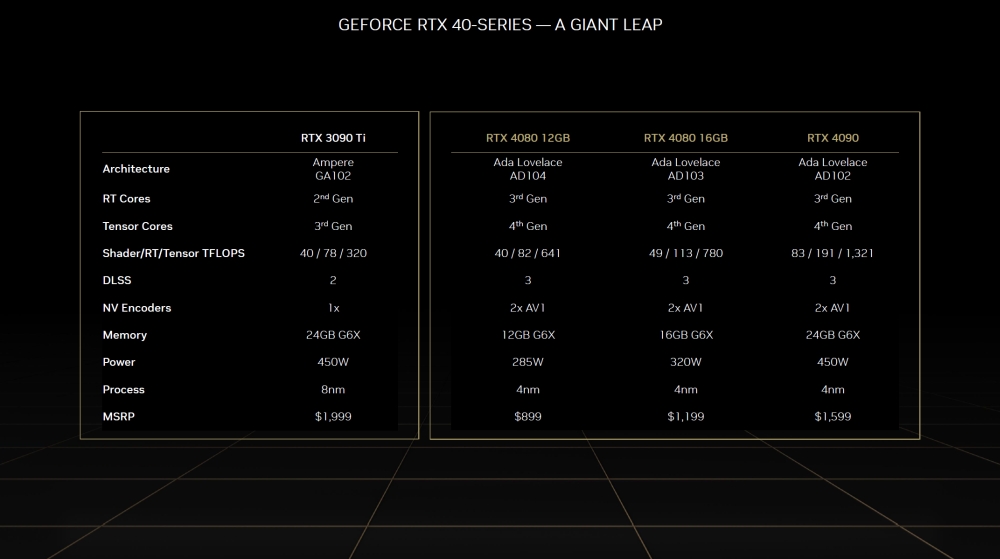 It was quite a surprise that Nvidia decided to use such a naming scheme for its RTX 40-series, and, apparently, this was due to the performance level of the RTX 4080 12GB, which ends up as fast as the RTX 3090 Ti (and even 2x higher performance in future games with DLSS 3), earning the xx80 name and leaving room for some other GPU variation to fill the xx70 lineup. 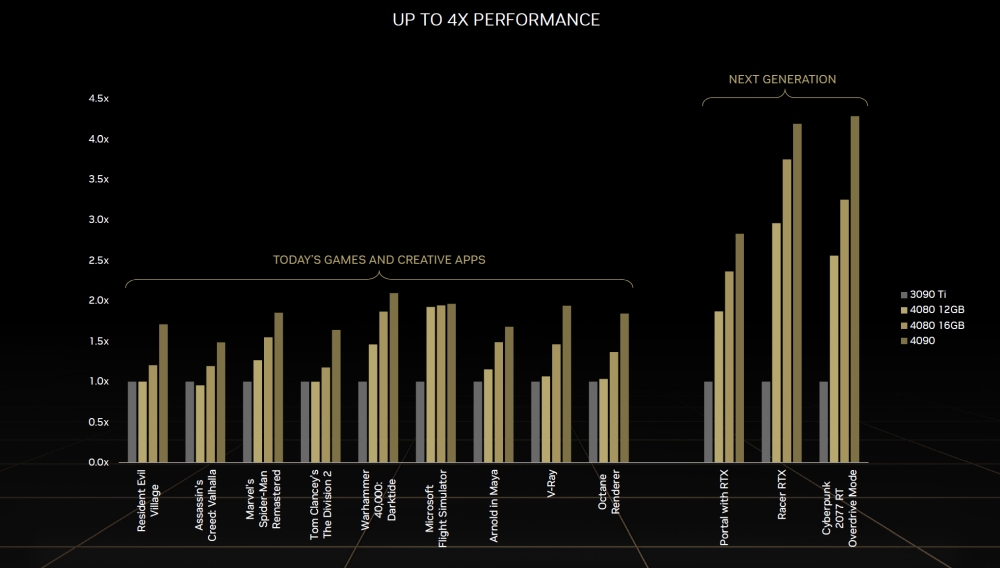