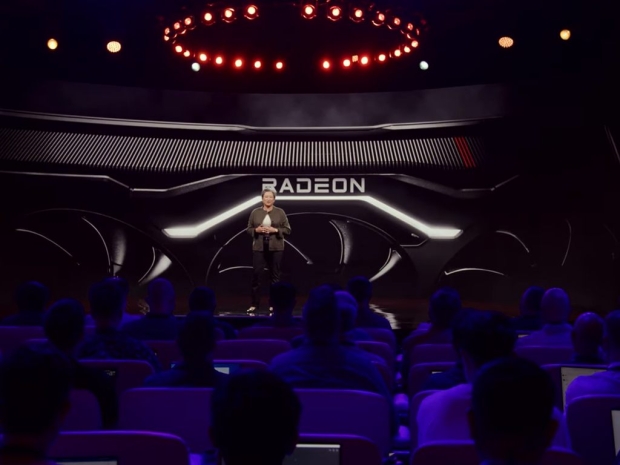 AMD has teased its upcoming RDNA 3-based Radeon graphics card at the Ryzen 7000 series event, promising to maintain a 50 percent increase in performance per Watt, compared to the previous generation.

Although AMD CEO, Dr. Lisa Su, did not give out any specific details about the card, we did get to see a teaser of the new AMD reference design with triple-fan cooler.

The upcoming RDNA 3 Radeon graphics card was also running the Lies of P, a AAA game that debuted at Gamescom. The game was running at 4K resolution and extreme settings, on AMD's new AM5 platform with Ryzen 9 7950X CPU.

Dr. Lisa Su also confirmed that RDNA 3 is on-track to launch this year. 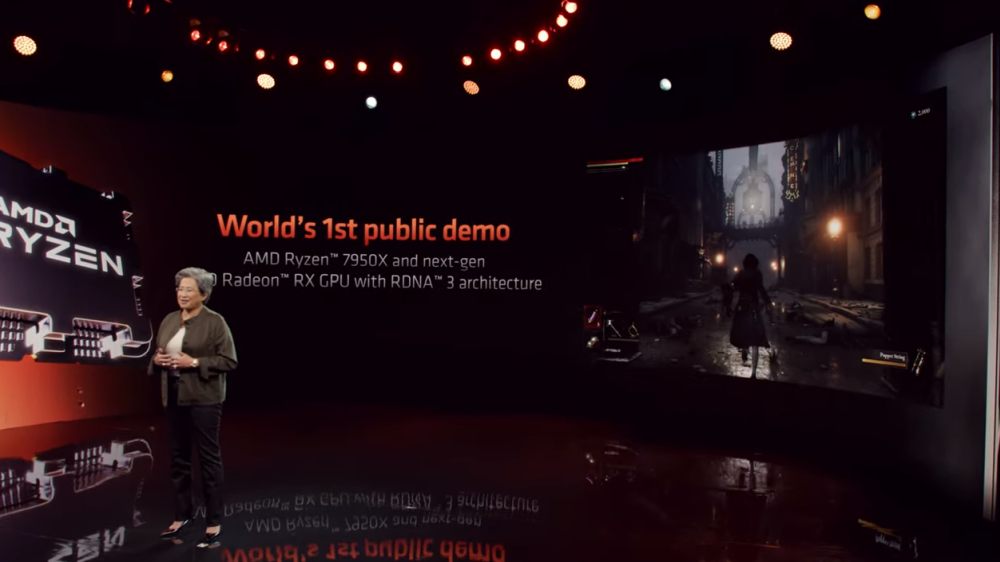 Rate this item
(2 votes)
Tagged under
More in this category: « Chipzilla goes all open saucy Intel Arc A770 matches or beats RTX 3060 at ray tracing »
back to top