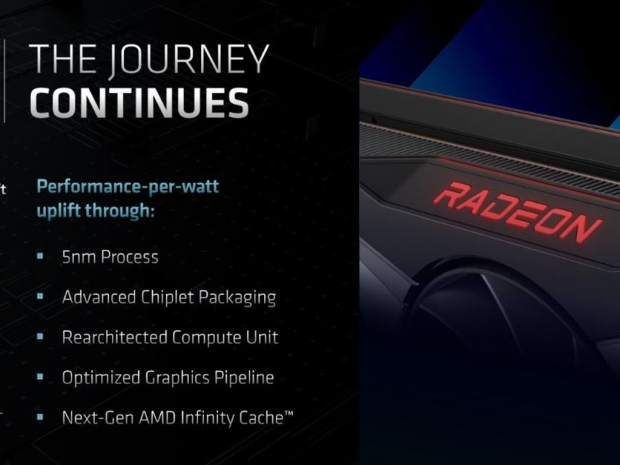 In addition to giving us some insight into its Zen CPU future, AMD has unveiled a bit more details about its RDNA 3 graphics architecture during the Financial Analyst Day 2022, confirming that RDNA 3 will be built on 5nm manufacturing and have a chiplet packaging. 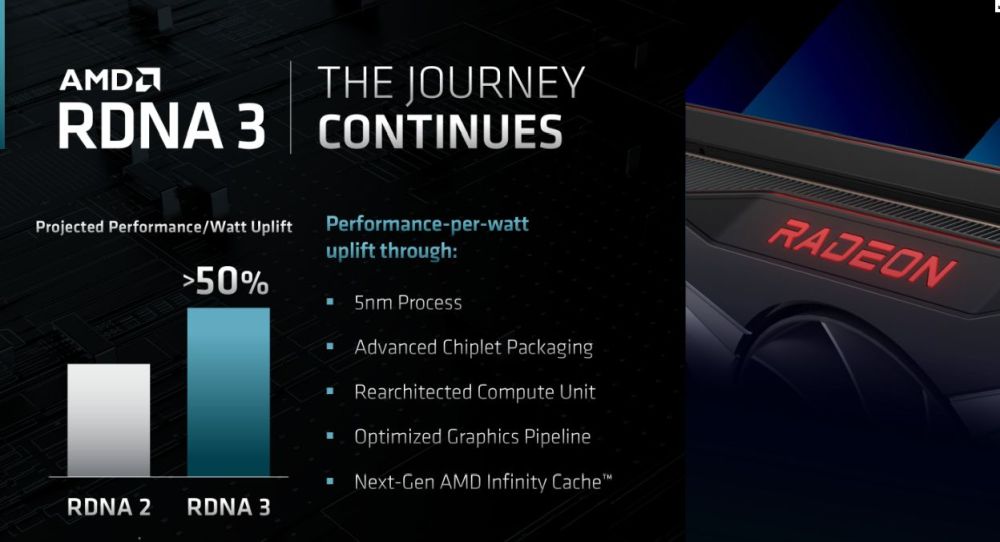 The new roadmap briefly mentions the RDNA 4 architecture that will be based on an "advanced node", and probably come in 2024. 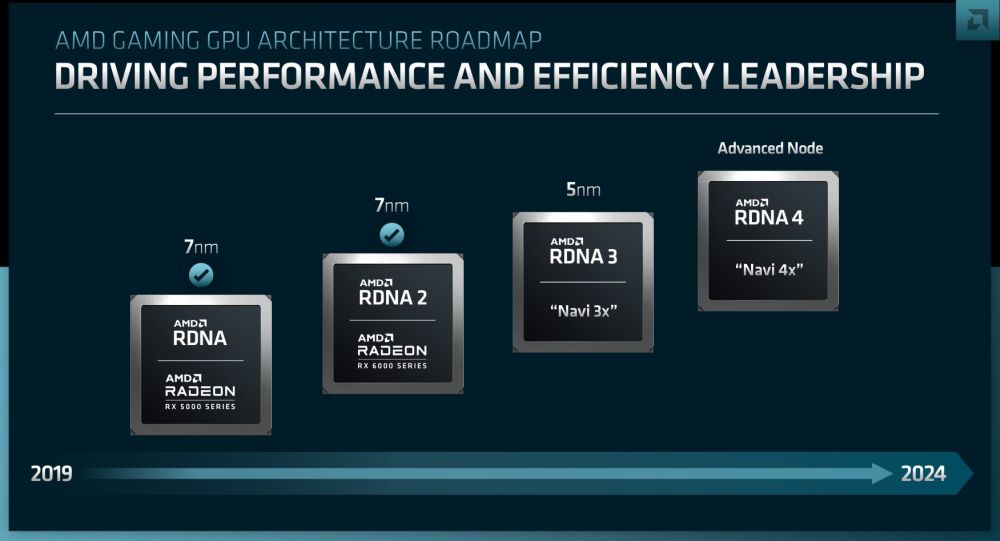 As you already know, AMD's RDNA 3 is expected to launch later this year with Navi 3x and according to what AMD is promising, we are certainly looking forward to it.

Rate this item
(8 votes)
Tagged under
More in this category: « Intel flagship Arc desktop GPU shows up at IEM 2022 Nvidia push back Geforce launch dates »
back to top