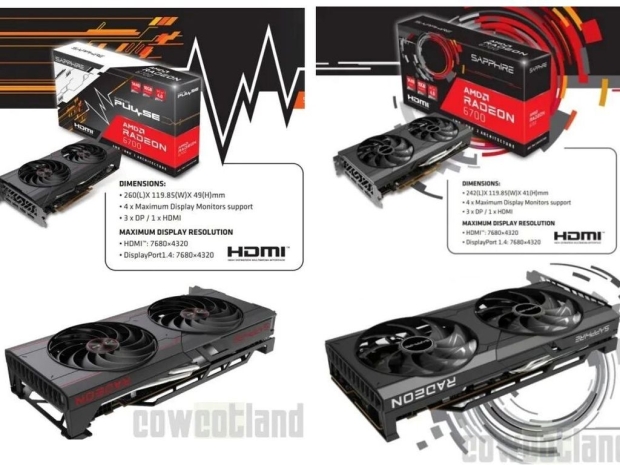 AMD is apparently working on the Radeon RX 6700 (non-XT) SKU which could fill in the gap between the Radeon RX 6650 XT and the RX 6700 XT, at least judging from leaked Sapphire versions of the card.

Initially spotted by Cowcotland, the Sapphire Radeon RX 6700 is a custom version and it does not appear to be an OEM- or China-exclusive SKU.

The Radeon RX 6700 could end up with 36 RDNA2 compute units (CUs) or 2,304 stream processors. The memory configuration is a rather interesting one as it ends up with 10GB of GDDR6 memory on a 160-bit memory interface, or simply, five 16Gbit (2GB) chips.

The GPU on the Sapphire version is clocked at a 2,330MHz game clock with a 2,495MHz GPU Boost, while the memory is clocked at 16Gbps.

The Sapphire version comes with a standard Sapphire Pulse dual-slot, dual-fan cooler, and it needs a single 8-pin PCIe power connector, which means it has a TDP of around 200W.

The new Radeon RX 6700 non-XT is rumored to launch on June 9th with a suggested retail price of €569. 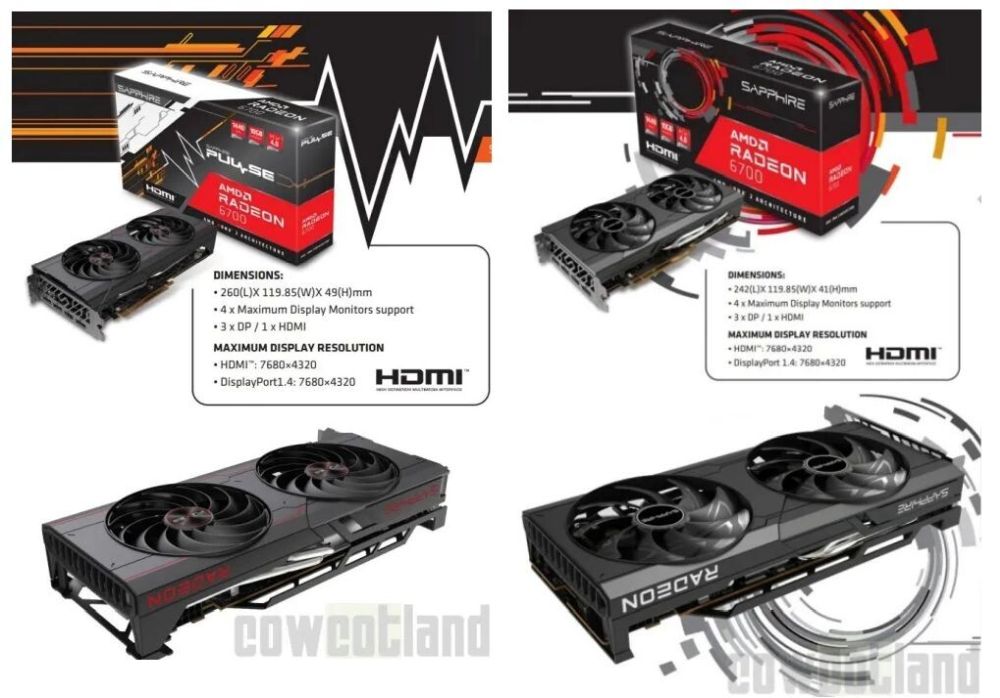 Rate this item
(1 Vote)
Tagged under
More in this category: « Samsung gives up on LCD Intel flagship Arc desktop GPU shows up at IEM 2022 »
back to top