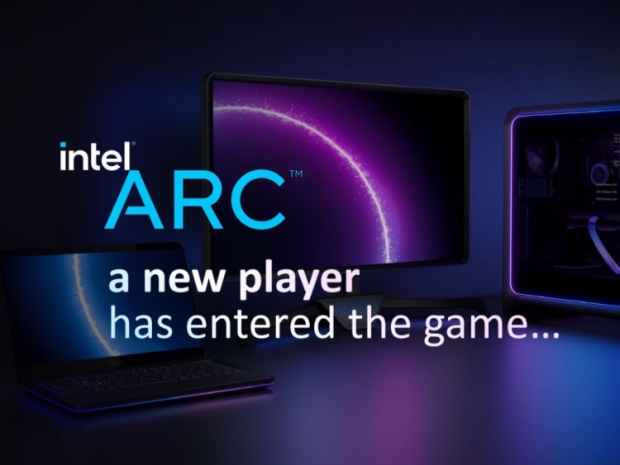 Desktop versions are still on track for Q2 2022

In an official blog post, Intel has confirmed that Arc GPUs are facing delays, mostly due to COVID and supply-chain issues, but claims that desktop versions are still on track for Q2 2022.

A blog post from Lisa Pearce, Intel's VP and GM for the Visual Compute Group, gave a bit more insight into what is happening with Intel's Arc GPU lineup, including both mobile and desktop versions.

Although officially launched, Intel's Arc mobile GPUs are quite hard to find, and, according to Intel, the blame falls on COVID once again, and the supply-chain issues in East Asia.

Intel promises that Arc 3 series mobile GPUs should be available ASAP, while Arc 5 series and Arc 7 series notebooks should be coming in "early summer".

When it comes to desktop versions, and Intel says that some versions will be coming to OEMs and system builders first. The entry-level Arc A-series desktop graphics cards will be first available in China in Q2, for both OEMs/system builders and retail/e-tail. Global availability is expected sometimes later. The rest of the lineup, Arc A5 and A7 desktop cards are scheduled for "later this summer".

Hopefully, Intel will have more details as we draw closer to the aforementioned rough dates.