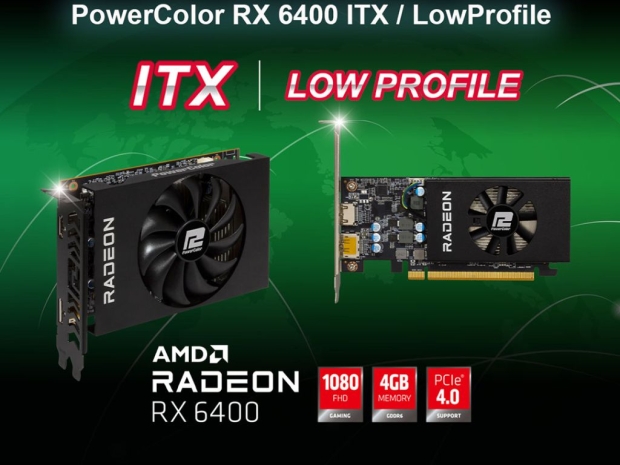 Powercolor has announced its own Radeon RX 6400 graphics cards, bringing it in two versions, ITX and low-profile.

The suggested retail price is set at $159 and the ITX version can be found over at Amazon.com at that same price.