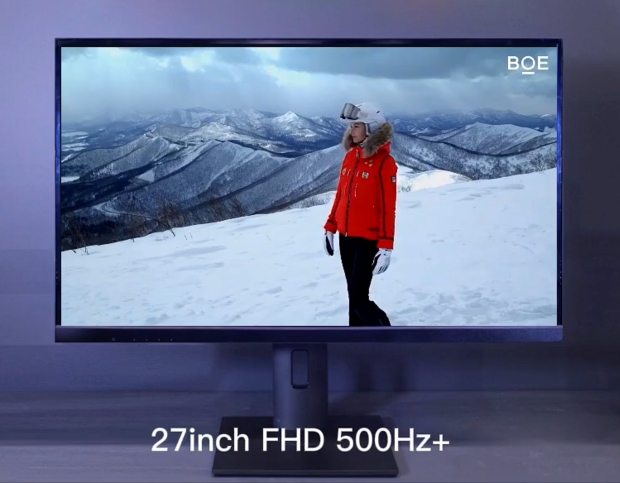 Not for human use

According to Chinese news outlet Sina the monitor features a 27-inch, Full HD panel equipped with a high-mobility oxide backplane.

This backplane apparently has a 1ms response time. This makes it significantly faster than the fastest gaming monitors on the market today, from the likes of Asus, Alienware, and Acer, which "only" top out at 360 Hz.

Other attributes include accurate 8-bit output and support for an 8-lane eDP signal.

Sadly BOE's monitor is a prototype designed for bragging rights er demonstration purposes. BOE has not stated if it will be making a 500 Hz gaming panel for the mass market anytime soon, so we could be waiting a long until an official monitor arrives in the hands of gamers.

To be fair, not even the most hardcore gamer would have limited use for such a monitor. They would need computer hardware that can generate at least 500 FPS in the game you are playing. That requires one of Nvidia's or AMD's best graphics cards.

But if you can take advantage of a monitor of this caliber, you would have a superior advantage in terms of input lag, since the faster a monitor refreshes, the lower the delay is between frames, giving you more information more quickly. Of course you would also have to cope with the debt collectors and financial ruin.