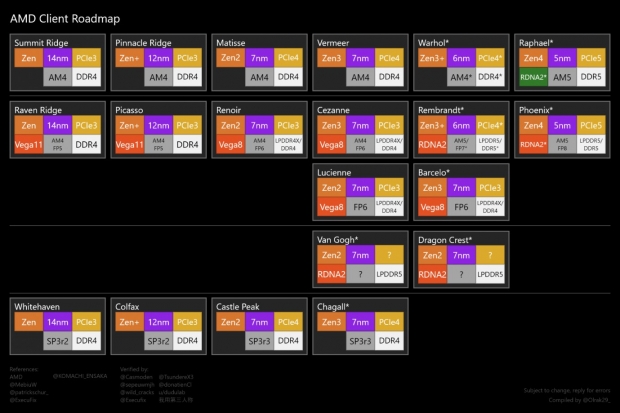 AMD appears to be readying another APU if a driver code spotted in the Linux 5.15 release, is anything to go by.

The new chip, which  will use an RDNA1-based integrated GPU rather than the second generation was spotted among the graphics driver patches as reported by Phoronix on Friday.

It appears to be referring to a processor with graphics codenamed "Cyan Sailfish". The APU might be targeted for consumer or embedded applications, although the usage of the first-generation RDNA architecture is pretty weird.

The past few generations of these processors with onboard graphics (all the way up to Ryzen 5000 APUs on both mobile and desktop) have continued to use AMD's Vega architecture from 2017, albeit with various updates and refreshes over the years.

The leaks have next mainstream APUs from AMD making the jump to RDNA2, rather than the first-generation Navi graphics.

AMD will have tweaked and improved the architecture from earlier implementations like the RX 5700 XT.

No CPUs with the two RDNA architectures have been formally released or announced yet, other than the current generation of consoles.

It may well simply be an entry-level product for embedded applications, like the current line-up of Ryzen V-series chips, since RDNA1's smaller die size should bring with it lower production costs, and the kinds of devices using them wouldn't need high performance.

Last modified on 02 August 2021
Rate this item
(2 votes)
Tagged under
More in this category: « 3dfx might be making a comeback Intel's Xe HPG can manage 2.2 Ghz »
back to top