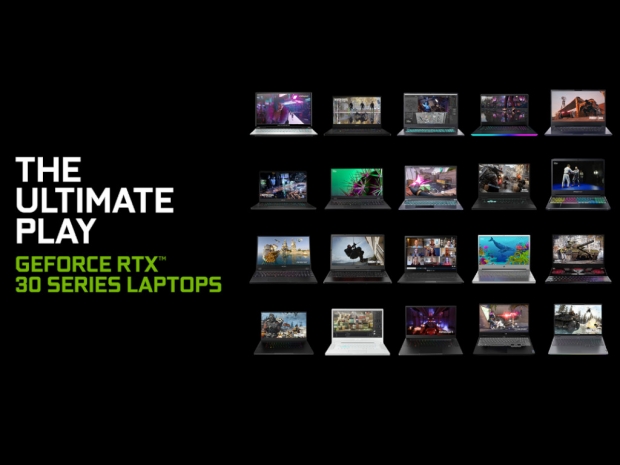 Nvidia came to CES 2021 in force, and the star of the show is the new Geforce RTX 30 series for laptops, bringing Ampere architecture with sub-150W design to gaming laptops with Geforce RTX 3080, RTX 3070, and RTX 3060 Laptop GPUs.

Although different from their desktop counterparts, the Geforce RTX 30 series for laptops promises significant performance improvements while maintaining the sub-150W design which is a must in a standard laptop design.

While Nvidia did not specifically announce the actual GPUs, the specifications reveal that the Geforce RTX 30 series for laptops will mostly be based on GA104 and the new GA106 GPUs, as well as support for Resizable BAR, at least on Intel's new Tiger Lake-H35 CPUs.

The flagship RTX 3080 Laptop GPU will be based on a fully-enabled GA104 GPU with 48 SMs, or a total of 6144 CUDA cores, paired up with 8GB or 16GB of GDDR6 memory on a 256-bit memory interface. With TGP ranging from 80W to 150W TDP, the clock is set anywhere between 1245MHz and 1710MHz, leaving a lot of room for OEM partners to fit their own design and power envelope.

According to Nvidia, the RTX 3080 Laptop GPU will power the "world's fastest laptops" and should provide over 100 FPS at Ultra 1440p resolution in most games.

The Dynamic Boost feature has been introduced before, and the new version handles not only the laptop GPU and the CPU but the GPU VRAM as well, which means that Nvidia will be able to drop the power consumption significantly in those laptops.

The Whisperboost 2.0 is Nvidia's noise optimization technology which, according to what we gathered, can lower performance and image quality in games in order to deal with the noise coming from the laptop cooler.

The Nvidia Geforce RTX 30 series for laptops looks great on paper and some of the first OEM designs have already been announced, with new ASUS ROG Zephyrus G15, new Alienware m15, Acer Predator, and more.

Nvidia has managed to raise both the performance and claims we are looking at 2x the efficiency, teasing some performance figures in games like Control, Minecraft, and Borderlands 3. 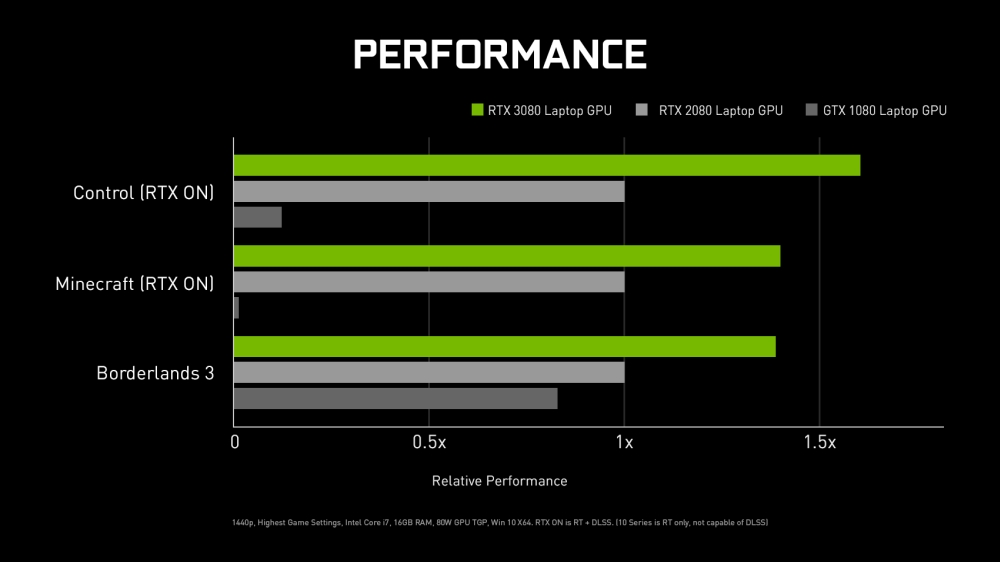 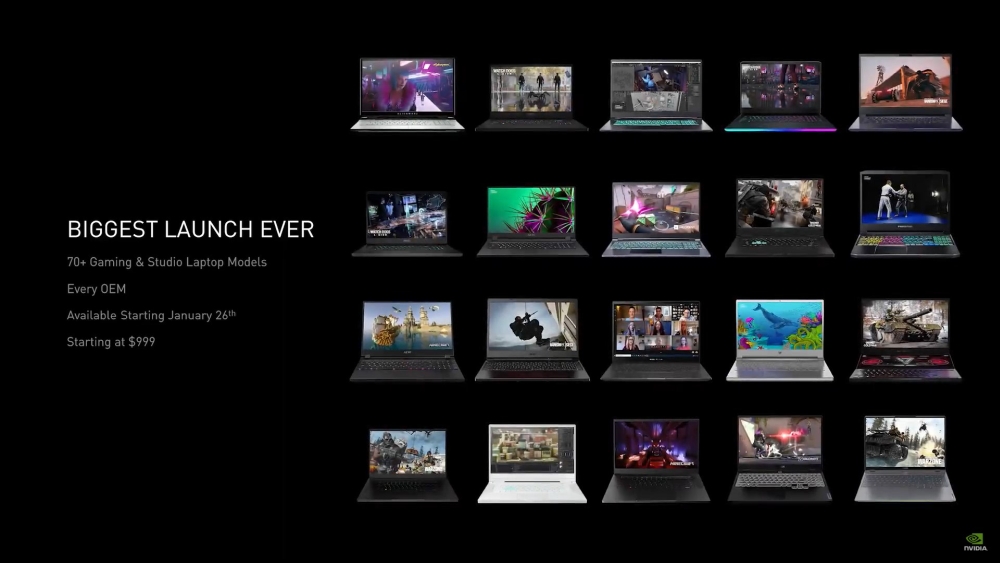