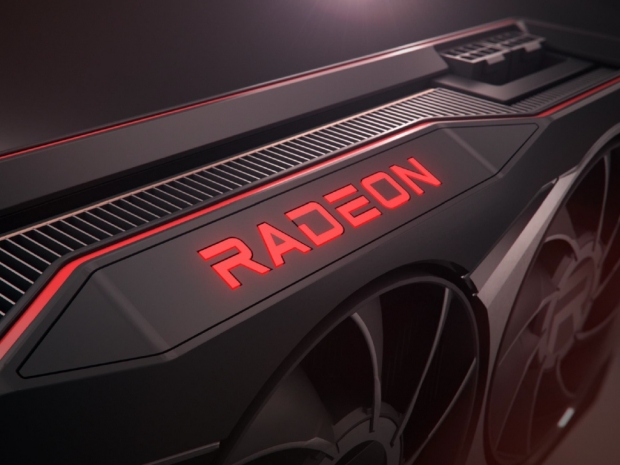 Possible Big Navi does good, might be trailing the RTX 3080

As usually happens, AMD's CEO, Dr. Lisa Su, took to the stage to wrap up the Ryzen 5000 series desktop CPU launch, and gave a quick teaser of what to expect from the upcoming Radeon RX 6000 graphics cards, showing the performance of the Radeon RX 6000 series card at 4K and in three games.

Although we are not sure if the is the flagship RNDA 2-based Radeon RX 6000 series graphics cards, the results that it got in Borderlands 3, Gears of War 5, and Call of Duty: Modern Warfare games are pretty impressive, to say at least.

In Borderlands 3 at 3840x2160 resolution and badass quality settings, the RX 6000 series card hits 61 FPS, which is about 10 fps lower compared to the RTX 3080 Founders Edition. Of course, we are not sure if these are maximum, minimum, or average framerates, but it is a decent result considering that AMD is probably still tweaking drivers. 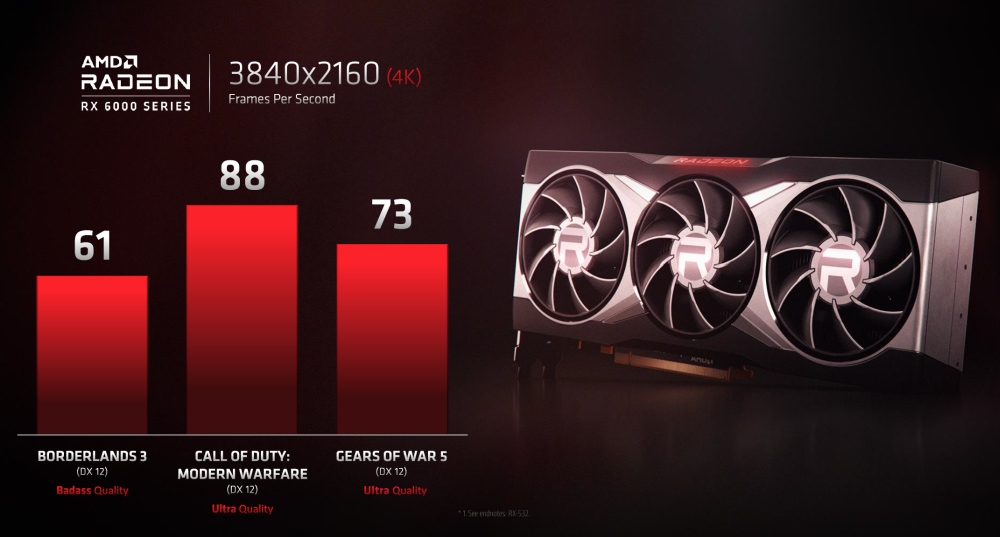 Of course, it is hard to compare results as AMD has done all its testing on the yet to be released Ryzen 9 5900X CPU, and we do not have a clear picture of those results from AMD. AMD also did not specify which Radeon RX 6000 series scores we are looking at so it might have a surprise or two up its sleeve. According to our sources, AMD is targeting the RTX 3070.

In any case, we'll get more official information on October 28th, when AMD is scheduled to announce its Radeon RX 6000 series.