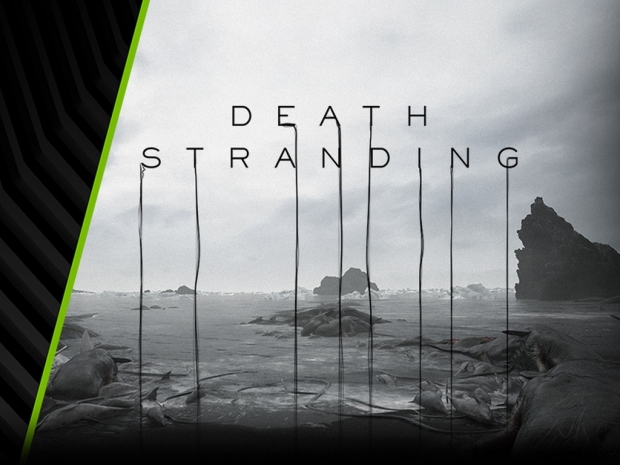 In case you missed it earlier, Kojima's Death Stranding game was quite a hit and it is coming to the PC on July 14th, with plenty of improvements including the PC-exclusive photo mode, as well as support for unlocked frame rate, and ultra-wide resolution monitors.

As announced earlier, the game will support Nvidia DLSS 2.0, a feature that Nvidia calls "a big leap in AI rendering". Supported on Geforce RTX series GPUs and using Tensor cores, DLSS 2.0 will bring several enhancements compared to the first generation, including better image quality, better scaling across all RTX series GPUs and resolutions, a single network for all games, and customizable options, allowing users to pick between three image quality modes, quality, balanced and performance.

The new Nvidia "Embark on Your Journey" game bundle covers purchases from July 9th to August 31st and might end up earlier if Nvidia runs out of codes. Of course, it is limited to certain regions and select Nvidia partners so you might want to check the list before buying.

As noted, the PC version of Death Stranding has been delayed from June 2nd to July 14th.

Nvidia has also released the new Geforce 451.67 WHQL Game Ready driver which brings support for some of the upcoming games, including Death Stranding, F1 2020, and Horizon Zero Dawn.

You can check out more details about the new Geforce 451.67 WHQL Game Ready driver over at Nvidia's Geforce site, and find download links over at the dedicated driver page.

Last modified on 10 July 2020
Rate this item
(0 votes)
Tagged under
More in this category: « Nvidia more valuable than Intel Apple will develop its discrete GPU »
back to top