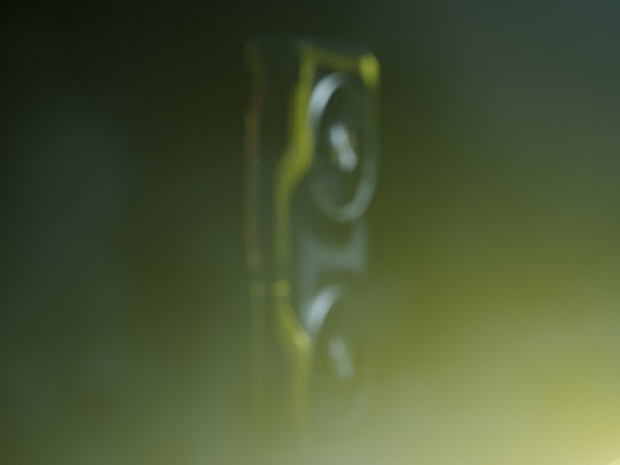 Will it be the Geforce RTX 2077 or something else

While we are eagerly awaiting for Nvidia's next-gen GPUs, Nvidia has now teased a limited edition graphics card with a Cyberpunk 2077 theme.

Although it is still just a blurry picture of a graphics card that has dual fans and bright green stripes, it certainly drew a lot of attention.

CD Projekt Red's Cyberpunk 2077 game is probably one of the most anticipated games this year, but, unfortunately, it has been delayed from April to September 17th.

Nvidia did not reveal a lot of details, so it remains to be seen if the new card is just a Limited Edition of existing RTX 2080, RTX 2080 Super or the RTX 2080 Ti, or it is the rumored RTX 2080 Ti Super. It is also possible that Nvidia will make a whole new Geforce RTX 2077, which should be a great marketing move, or even an RTX 3000 series.

In any case, it is most likely that we'll hear more about this card at the GTC 2020 event in March, where we expect Nvidia to reveal a lot more information about its future product lineup.

Last modified on 17 February 2020
Rate this item
(0 votes)
Tagged under
More in this category: « MSI working on GTX 1650 with GDDR6 memory Asus unveils Geforce RTX 2060 Dual Mini »
back to top