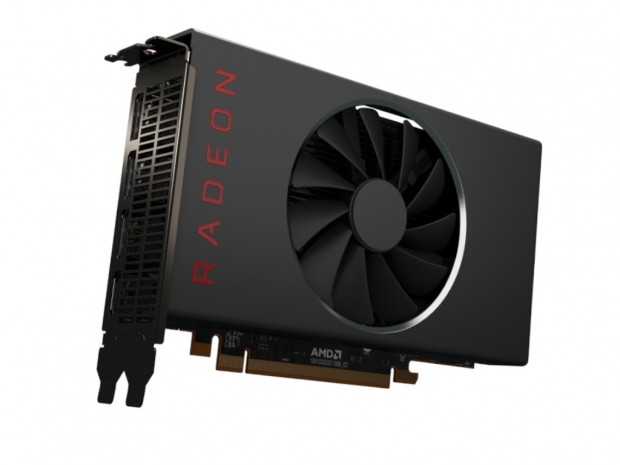 A way to get enough GPUs to partners

According to our sources, AMD might have tapped Samsung for the Navi 14 GPU that is powering the recently launched Radeon RX 5500 XT graphics card.

It appears that AMD and Samsung will not only work together on a mobile smartphone GPU, as according to our sources, AMD is also using Samsung's fabs for its latest Navi 14 GPU for the Radeon RX 5500 XT graphics card. Unfortunately, it is hard to tell from where the chip originated, and we are not sure if all Navi 14 GPUs are made at Samsung, including the fully enabled Navi 14 GPU for Radeon Pro 5500M in Apple's Macbook Pro 16-inch laptop.

While AMD was not specific about its Navi 14 GPU, other than it is based on 7nm manufacturing process, there are a couple of versions of the same GPU, with the one on the RX 5500 XT coming with 22 enabled RDNA Compute Units (CUs) for 1408 Stream Processors, while the Radeon 5500M Pro, has full 24 RDNA CUs, for 1536 Stream Processors.

If our sources are correct, tapping Samsung for Navi 14 GPU might not be a big surprise as previous reports suggest that TSMC 7nm supply remains tight. TSMC is currently making 7nm chips for pretty much everyone, including AMD, Qualcomm, Apple, Nvidia, Huawei, Mediatek and others.

The recently launched Radeon RX 5500 XT is a pretty good mid-range card from AMD, and as it comes in both 4GB and 8GB versions, it offers a bit more choice compared to the Nvidia GTX 1650 Super, and in general, it beats the GTX 1650 Super in most games. On the other hand, the GTX 1650 Super is slightly more power-efficient.

In any case, whether it comes from TSMC or Samsung, the Navi 14 GPU will power AMD's entry-level lineup during this holiday shopping season. The upcoming RX 5600 XT should be a whole different beast, as it is rumored to launch in January 2020 with 6GB of GDDR6 memory on a 192-bit memory interface.