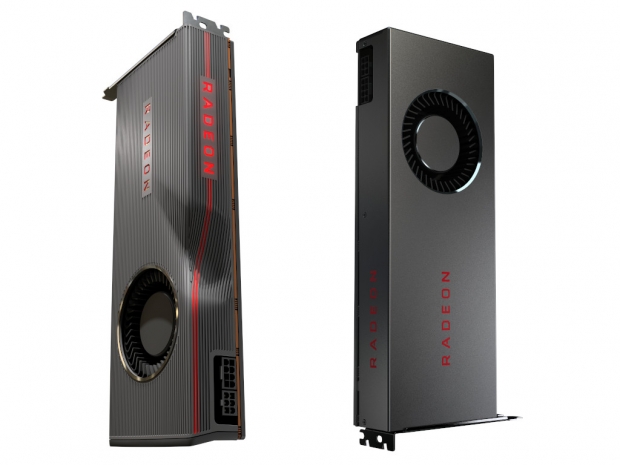 Might explain why non-XT is priced higher than expected

AMD has released full specifications of its upcoming Radeon RX 5700 series, which reveal a few more details regarding the actual RDNA architecture behind first 7nm Navi GPUs as well as explains why the RX 5700 (non-XT) is priced a tad bit higher than expected.

Although AMD did a great job at its Next Horizon Gaming event at E3 2019 show in LA, with Scott Herkelman, VP & GM of AMD's Radeon Business Unit, giving a lot of details including basic specifications and what to expect from performance side of the RX 5700 series, we did not see a lot of specific details regarding the GPU.

Now that the official AMD slides are out, we got a bit more detailed look into the actual architecture, and how RDNA differs from the GCN, which we will get to at another time, as well as actual design of the Navi GPU that will power the Radeon RX 5700 XT and the Radeon RX 5700. 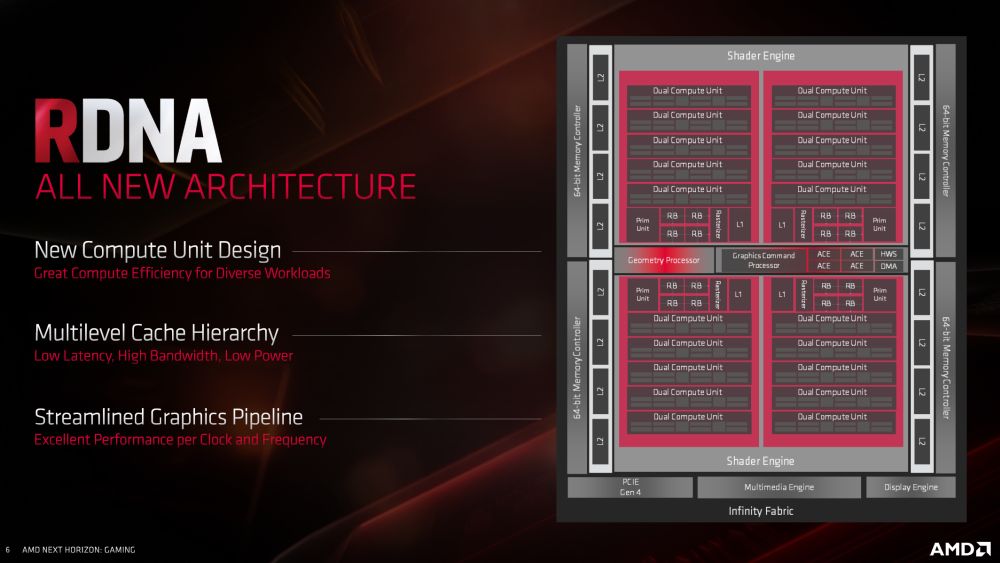 AMD has actually disabled four RDNA compute units (36 Compute Units), leaving the RX 5700 with a total of 2,304 Stream Processors, and while this dropped the number of Texture Units down to 144, the GPU still has full 64 ROPs, as well as comes with the same 8GB of GDDR6 memory on a full 256-bit memory interface and having the same 448GB/s memory bandwidth.

With this in mind, and the fact that RX 5700 ends up faster than RTX 2060, at least according to AMD's own slides, pushed AMD to launch with a slightly higher MSRP, so hopefully, it will work out just fine. The standard RTX 2060 also comes with 6GB of GDDR5 memory on a 192-bit memory interface. 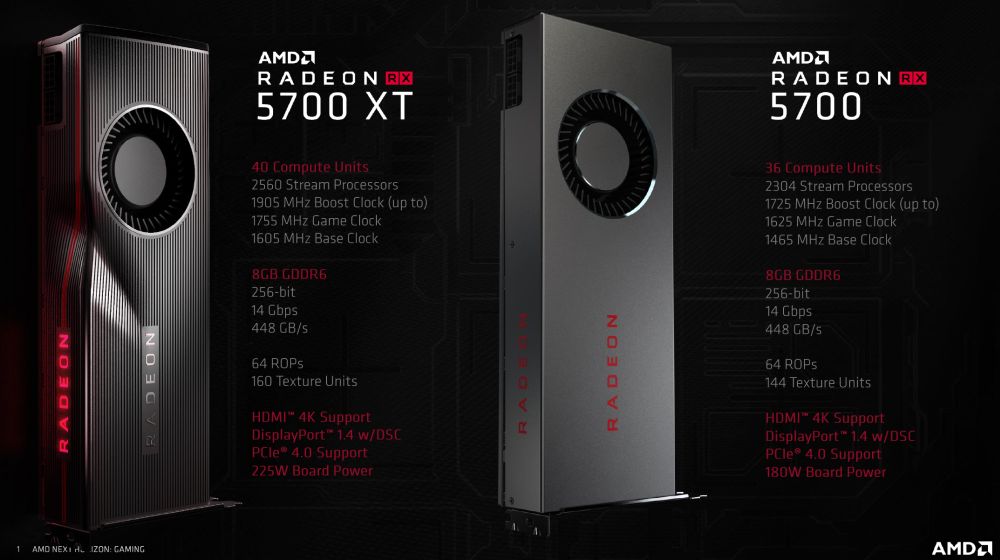 Both the RX 5700 and the RX 5700 XT come with 8+6-pin PCIe connectors, and although the RX 5700 could have theoretically gone with a single 8-pin, AMD was quite keen to mention overclocking and it will be interesting how much additional overclocking room will this GPU have.

AMD will have a hard time competing with Nvidia in that market segment, especially since Nvidia has a 9-month headstart, has a rumored Super refresh, and probably has room to cut prices on its current RTX series lineup.