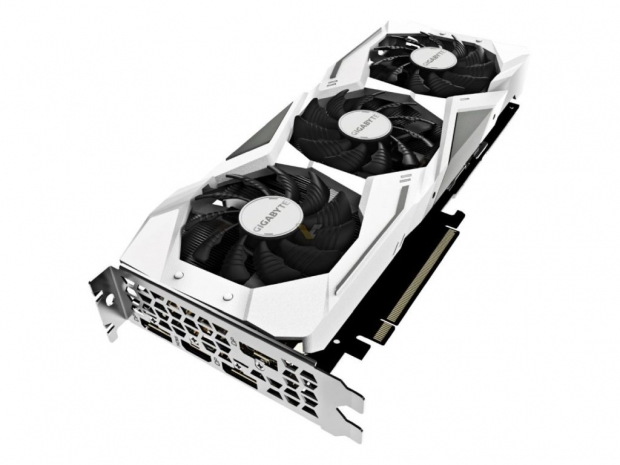 For that matching color scheme

Gigabyte is preparing an all-white RTX 2060 graphics card which will be a part of its Gaming Pro series.

While all-white are nothing new, with KFA2 usually the one that pushes it with its EX White series, Gigabyte's RTX 2060 Gaming OC Pro White comes with a decent factory overclock and a triple-fan Windforce cooler with RGB Fusion 2.0. It works at 1830MHz Boost clock, which is the same clock as the original Gaming OC Pro series, but also comes with USB-C VirtualLink port.

The triple-fan dual-slot Windforce cooler should have no trouble in keeping the cut-down Turing GPU well cooled, even with that factory overclock and it is a nice addition to Gigabyte's lineup as it will allow users to match their color scheme, so there will be a place for it in the market.

Unfortunately, Videocardz.com did not have any details regarding the price but did note it should be officially announced soon, and hopefully, Gigabyte won't be asking a higher price for a different color scheme.