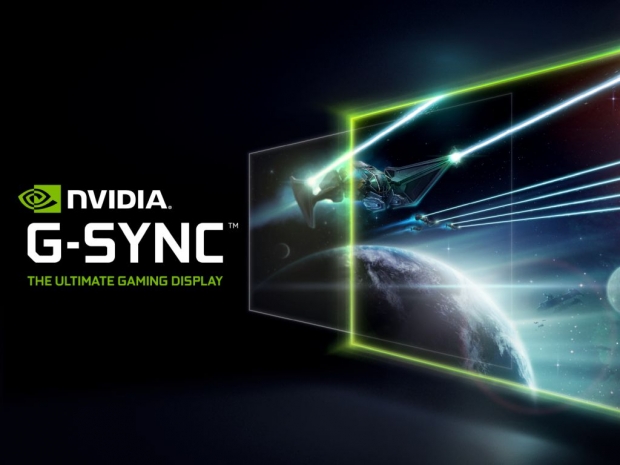 At its press conference at CES 2019, Nvidia has officially announced support for VESA Adaptive Sync monitors, but at a much tighter control as only a handful of currently available monitors have been given the "G-Sync Compatible" certification.

While G-Sync might have its benefits, it appears that Nvidia has finally buckled under pressure and will be bringing support for Adaptive Sync on Nvidia Geforce graphics cards as of January 15th, when a new graphics driver is expected to launch alongside the new Geforce RTX 2060 graphics card.

According to Nvidia, from 400 tested monitors only 12 have passed rigorous testing on Geforce 10- and 20-series graphics cards, which means that these did not show blanking, pulsing, flickering, ghosting or other artifacts during VRR (Variable Refresh Rate) gaming. Nvidia was also keen to note that it was important to validate that these monitors can operate in VRR at any game frame rate by supporting a VRR range of at least 2.4:1 (60Hz to 144Hz).

Currently there are a couple of Acer, Asus, AOC (AGON), and BenQ monitors on the list but hopefully, more will be joining soon.

Last modified on 08 January 2019
Rate this item
(0 votes)
Tagged under
More in this category: « Nvidia announces the Geforce RTX 2060 AMD will deliver Radeon Software to desktops and mobiles »
back to top