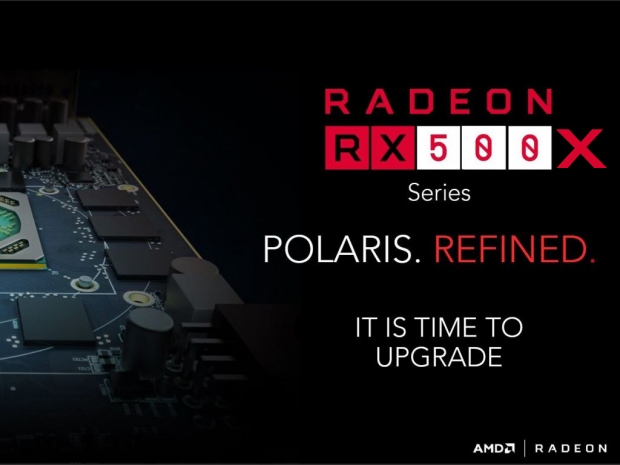 Not the faster refresh seen in the crystal ball

AMD has posted the specifications of all Radeon RX 500X series rebranded graphics cards forits  OEMs and it appears nothing much has changed from the original Radeon RX 500 series.

It appears that we won't have to wait until June/July to see a five to six percent performance improvement as it was seen in a rather blurry crystal ball, as these are just simple rebrands for OEMs, something that both AMD and Nvidia have been convicted before..

It is not unusual that OEM and AIB-partner/retail graphics cards are not called the same or have different specifications but this time AMD made it simple and completely rebranded the entire non-OEM Radeon RX 500 series to Radeon RX 500X series, with a single exception of the Radeon RX 550X which has a somewhat higher Boost clock, as detailed by Techpowerup.com.

You can check out the full list over at AMD's site.

Last modified on 12 April 2018
Rate this item
(0 votes)
Tagged under
More in this category: « Chris Hook leaves AMD AMD Navi is no high end GPU »
back to top