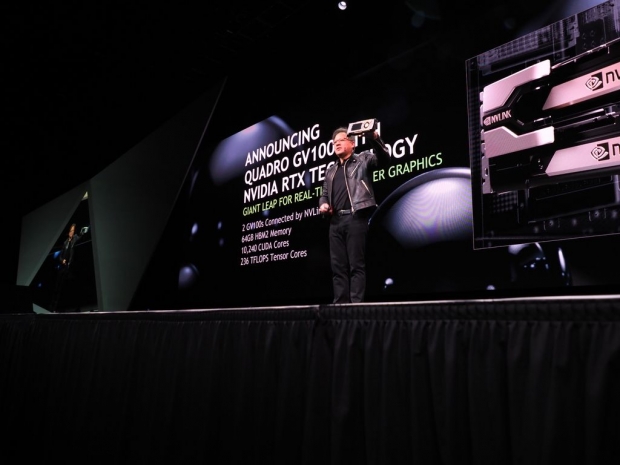 Based on Nvidia's Volta GPU made on TSMC's 12nm FinFET manufacturing process, the new Quadro GV100 will put some impressive power into the hands of artist, designers, and architects, with 5120 CUDA cores and 640 Tensor cores, as well as 32GB of 1.7Gbps HMB2 ECC memory on a 4096-bit memory interface. According to Nvidia, it provides 14.8 TFLOPs of single- and 7.4 TFLOPs of double-precision compute performance with 118.5 TFLOPs of Tensor performance. It has a 250W TDP and comes with four DisplayPort 1.4 outputs.

With support for Nvidia RTX raytracing technology, Nvidia claims that the Quadro GV100 will allow professionals to do real-time ray tracing, with easy implementation of various APIs through Nvidia OptiX.

Nvidia was also keen to note that the Quadro GV100 will be big in deep learning and simulation, providing designers, engineers, and scientists with plenty of power to do complex simulations much faster.

According to Nvidia, the new Quadro GV100 should be available immediately directly from Nvidia for US $8,999, while major OEMs are likely to start shipping their systems in June. 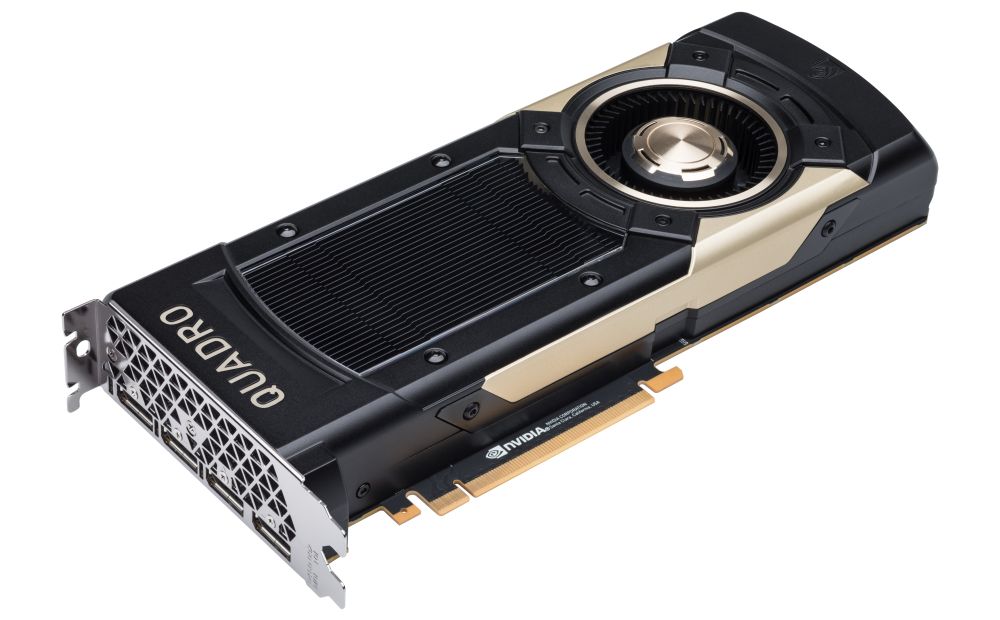