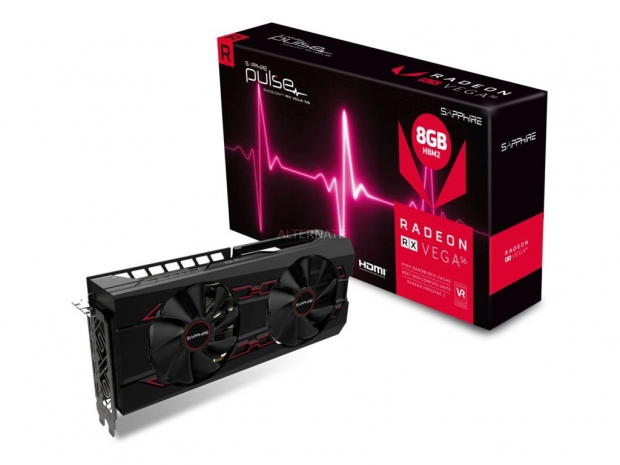 Should be cheaper than the Nitro+ version

As a part of the Sapphire budget-oriented Pulse series, the new RX Vega 56 Pulse, which was originally spotted by Videocardz.com and listed at Alternate.de, uses a custom PCB which draws power from two 8-pin PCIe power connectors. The dual fan, the dual-slot cooler is much longer than the actual PCB, leaving those two 8-pin power connectors in the middle of the card.

According to the listing, the Sapphire RX Vega 56 Pulse works at a base clock of 1208MHz and GPU Boost clock set at 1512MHz, which is a 52MHz and 41MHz higher than the reference version. It also comes with 8GB of HMB2 memory, clocked at 800MHz.

One thing that is also different is the display output configuration, as it comes with three DisplayPort 1.4 and single HDMI 2.0b outputs.

The new Sapphire RX Vega 56 Pulse is still listed at Alternate.de with a price set €789 and estimated shipping set for early February. 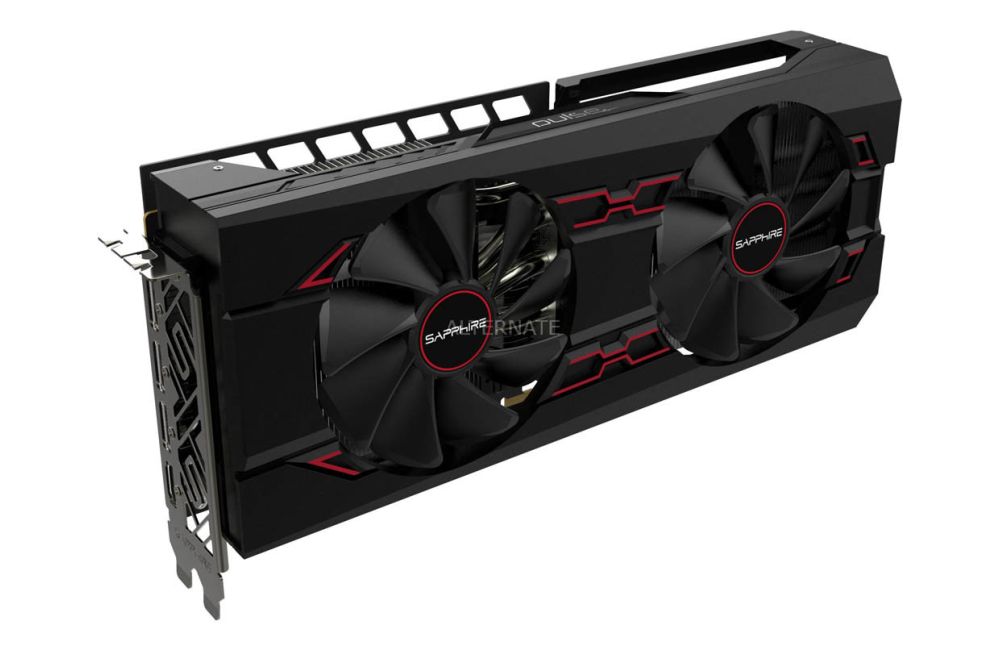 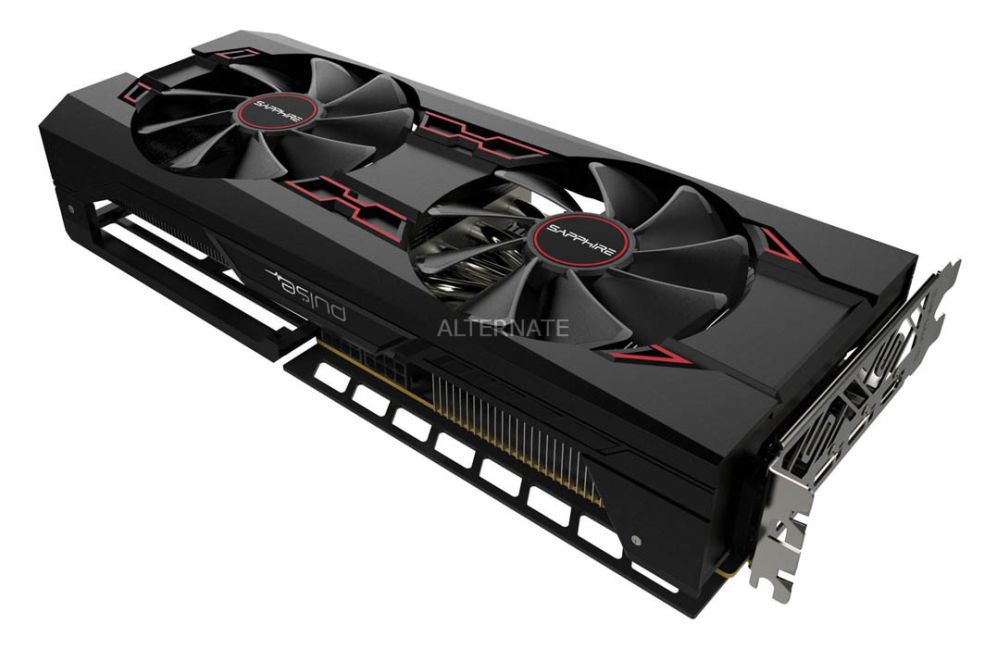 Last modified on 23 January 2018
Rate this item
(0 votes)
Tagged under
More in this category: « Nvidia moves against the miners Imagination releases new GPU »
back to top