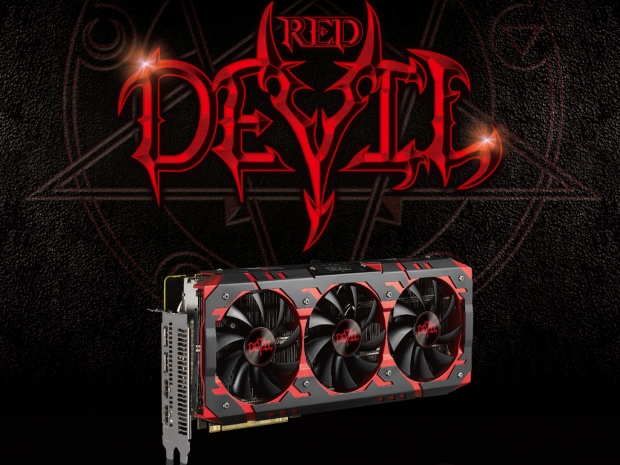 Powercolor has now announced its two custom Radeon RX Vega graphics cards which will be a part of its Red Devil series and both feature a custom design with a triple-fan cooler.

Unlike other AMD AIB partners, Powercolor has actually provided details for both the RX Vega 64 Red Devil and the RX Vega 56 Red Devil, both which will share the same design and both coming with a decent GPU factory-overclock.

Powercolor said both custom graphics cards will have the same triple-slot cooler with three 90mm 2-ball bearing fans and a total of six heatpipes (two 8mm and four 6mm) as well as the metal backplate. The custom PCB design with 12-phase VRM also comes with a triple BIOS with BIOS switch for Silent, Standard and Overclocking settings.

Both will also have the same LED Red Devil logo, GPU tachometer and draw power from a pair of 8-pin PCIe power connectors.

Powercolor is the first AMD AIB partner to reveal actual clocks of both the custom RX Vega 64 and the RX Vega 56. According to details, the RX Vega 64 Red Devil OC will work at 1417MHz GPU base and 1607MHz GPU Boost clock, which is a significant boost from the 1247MHz and 1546MHz on the reference RX Vega 64 air-cooled version. The 8GB of HBM2 memory will still remain at 945MHz.

The RX Vega 56 Red Devil will work at a GPU Boost clock of 1526MHz while 8GB of HBM2 memory will stick to reference 800MHz. 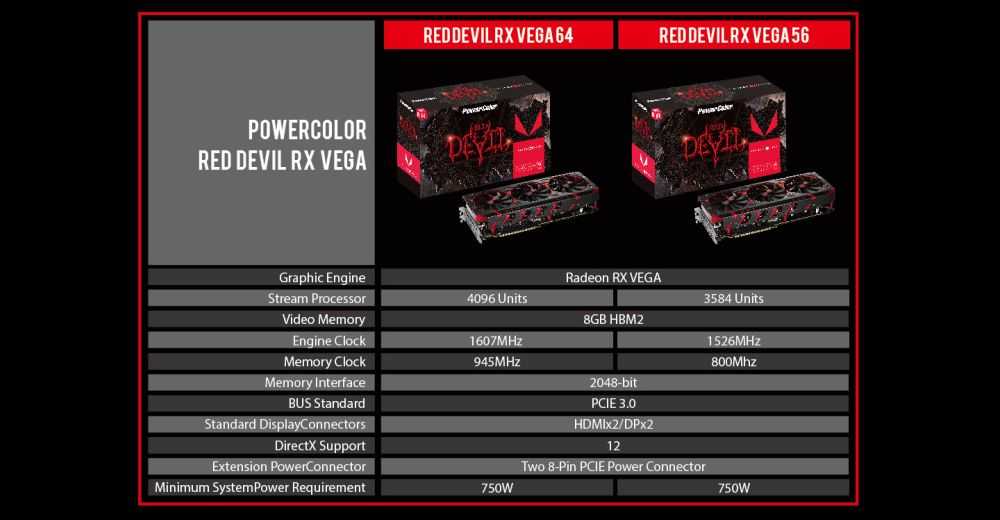 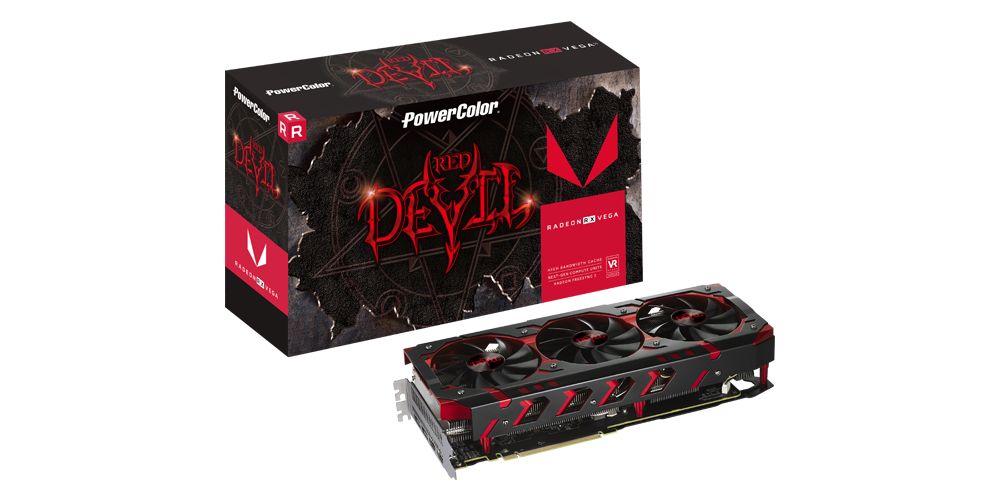