Gigabyte unveils the smallest GTX 1080 on the market 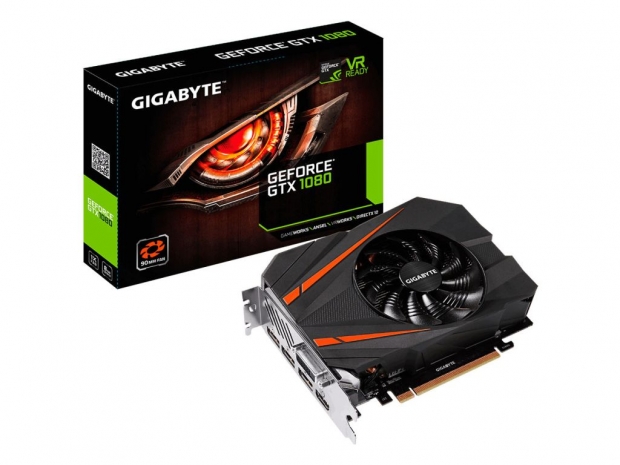 Gigabyte has shown off its new GTX 1080 Mini graphics card which is currently the smallest (shortest) GTX 1080 on the market.

Bear in mind that this is still a dual-slot graphics card, which uses a thick aluminum heatsink with three copper heatpipes, which is cooled by a single 90mm fan. The fan still does not spin up in idle or light load.

Despite its small size, Gigabyte still managed to include two modes, including the standard Gaming Mode, which puts the GPU base clock at 1607MHz and GPU Boost clock at 1733MHz, and the OC Mode, which pushes those clocks a bit higher, to 1632MHz for the GPU base and 1771MHz for the GPU Boost clock. The 8GB of GDDR5X memory remains at 10010MHz in both modes.

The Gigabyte GTX 1080 Mini still features three DisplayPort 1.4, one HDMI 2.0b and one DVI output.

Unfortunately, Gigabyte did not reveal any details regarding the price or the availability date, but we expect it to come in at somewhere around €550-€600 in Europe. 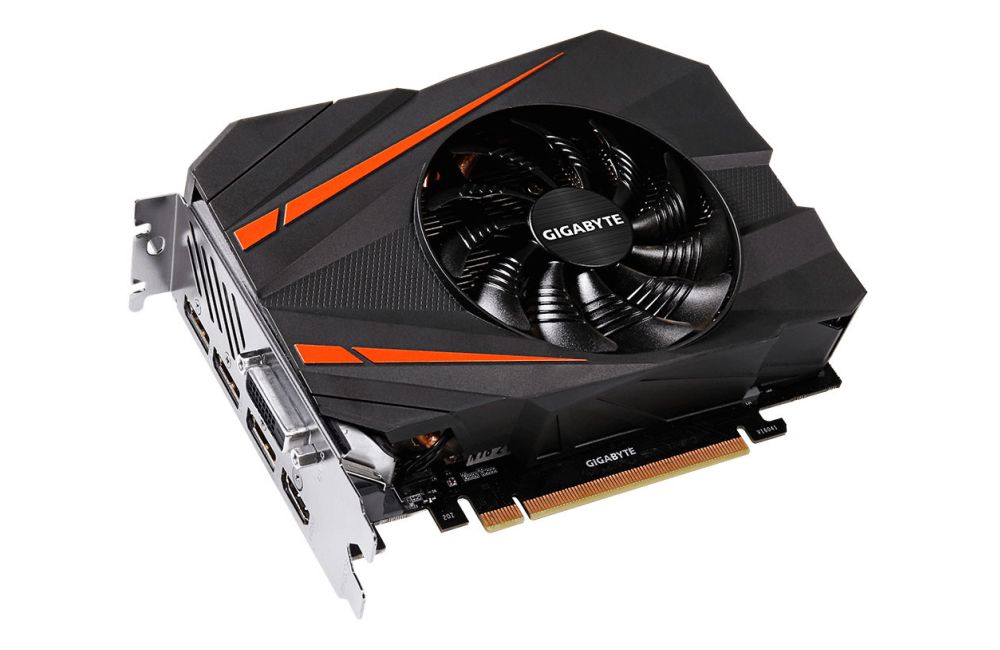 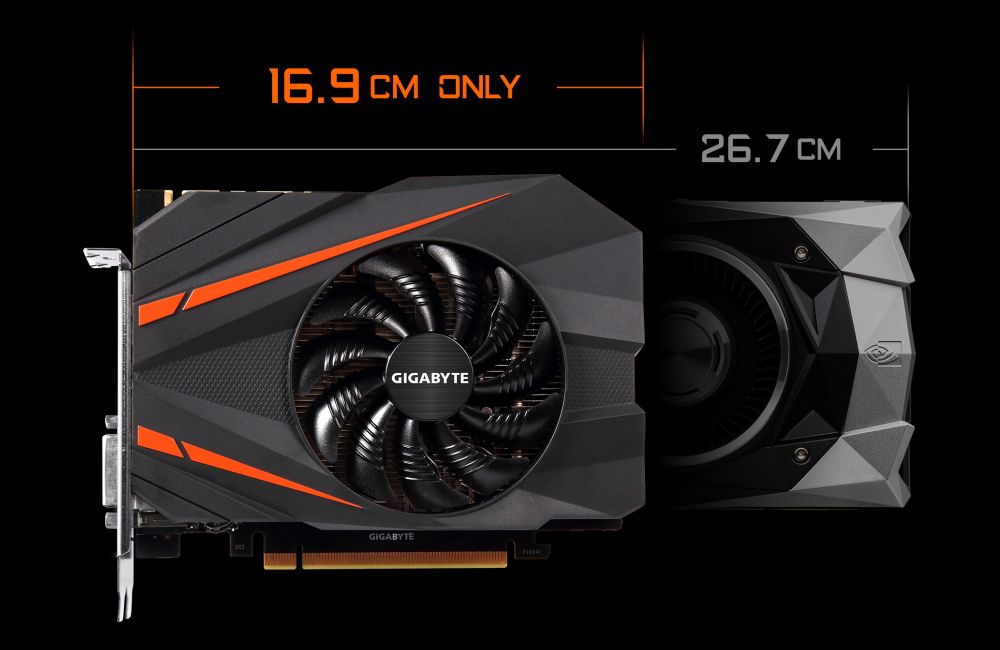 Last modified on 05 September 2017
Rate this item
(0 votes)
Tagged under
More in this category: « AMD RX Vega 56 can be flashed with Vega 64 BIOS AMD rolls out Radeon Software 17.9.1 drivers »
back to top