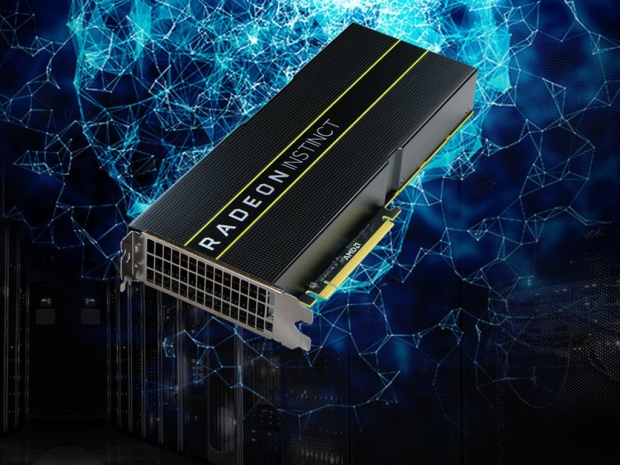 For Machine and Deep Learning

During the event, Lisa Su, CEO of AMD, took to the stage to announce AMD's Vega-based MI25 Deep Learning Accelerator while the rest of the lineup was provided by Ogi Brkic, General Manager of Radeon Professional Graphics at AMD and posted over on AMD's blog. 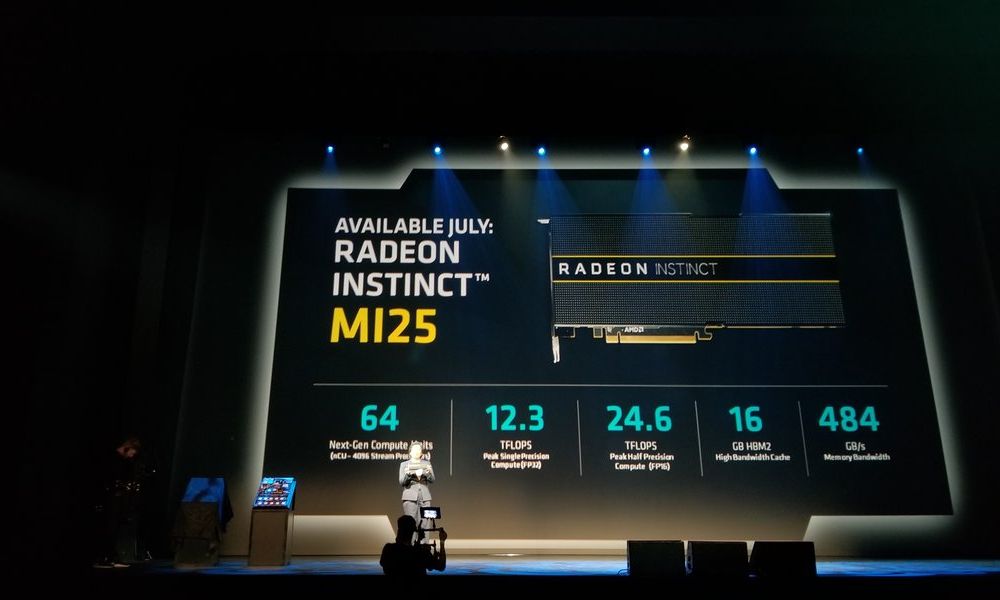 The star of the show was definitely the Radeon Instinct MI25 Deep Learning Accelerator which is based on Vega GPU and which is probably where all first Vega GPUs went (upcoming Radeon Vega FE are to blame as well).

The Radeon Instinct MI25 packs 64 Compute Units for 4096 Stream Processors and 16GB of HBM2 memory for 484 GB/s of memory bandwidth. These specifications were enough for it to peak at 12.3 TFLOPs of single- and 24.6 TFLOPs of half-precision compute performance. 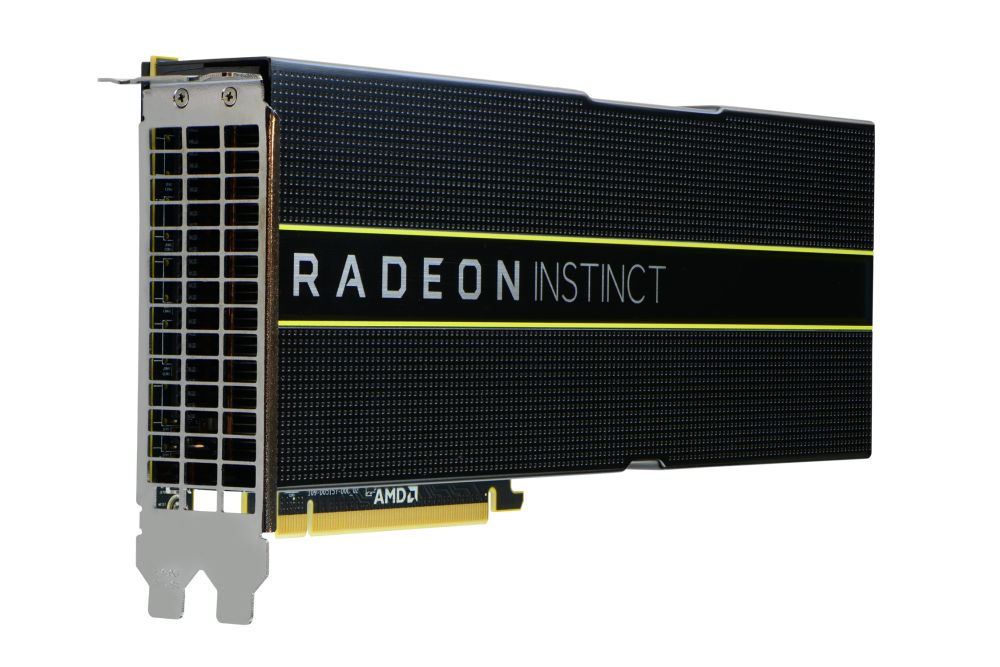 While this is somewhat less than what Nvidia offers with its Tesla V100, and at higher 300W TDP, AMD now finally has a horse in the race and it is just a matter of time before we see which one is better in action.

AMD teamed up with Inventec and showcased a 2U server rack running on EPYC and Radeon Instinct MI25 cards which managed to break the 100 TFLOPs barrier.

The Radeon Instinct MI8 is based on Fiji GPU with 4GB of first-generation HBM memory, offering 512GB/s of memory bandwidth. It also packs 64 Compute Units and 4096 Stream Processors, but due to a different architecture, it provides 8.2 TFLOPs of both single- and half-precision compute performance. The TDP is set at 175W, which leaves it with 47 GFLOPs/Watt and uses a standard PCIe dual-slot form-factor, although shorter than the MI25. 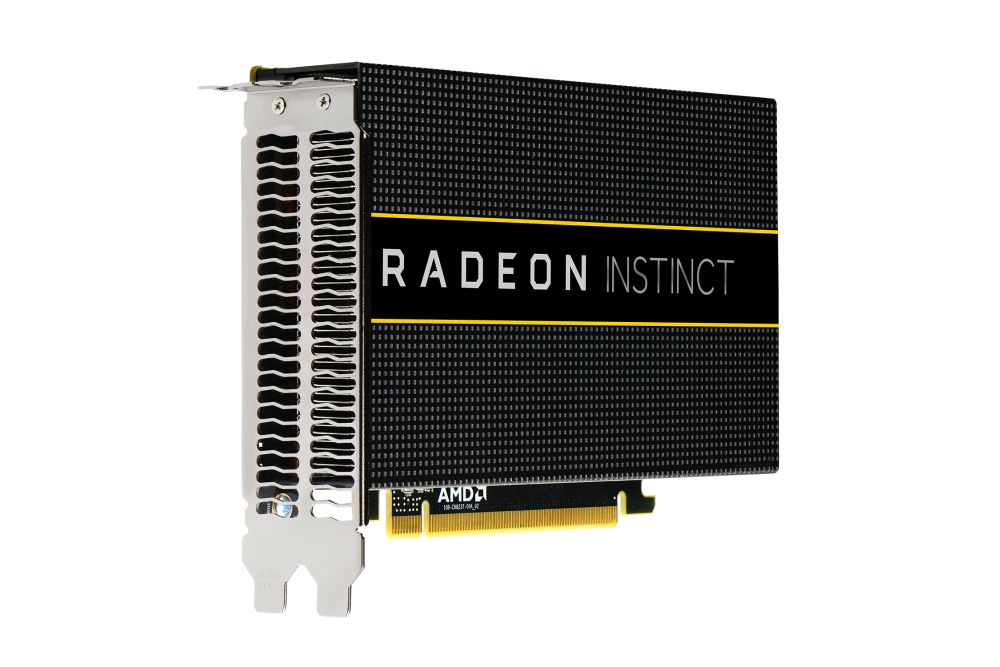 The Radeon Instinct MI6 is based on AMD Polaris GPU, packs 36 Compute Units for 2304 Stream Processors and comes with 16GB of GDDR5 memory, offering 224GB/s of memory bandwidth. This leaves it with a peak single-/half-precision compute performance of 5.7 TFLOPs and with a TDP of 150W, it peaks at 38 GFLOPs/Watt. The MI6 uses a PCIe single-slot design. 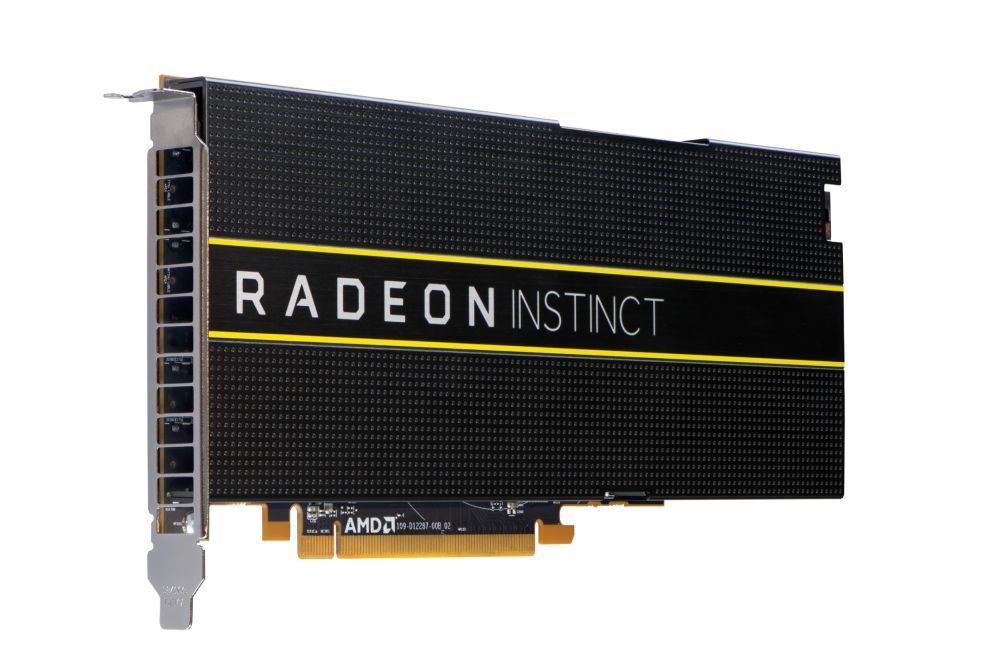 According to AMD, the entire Radeon Instinct lineup should be available during Q3 2017, putting some pressure on Nvidia. 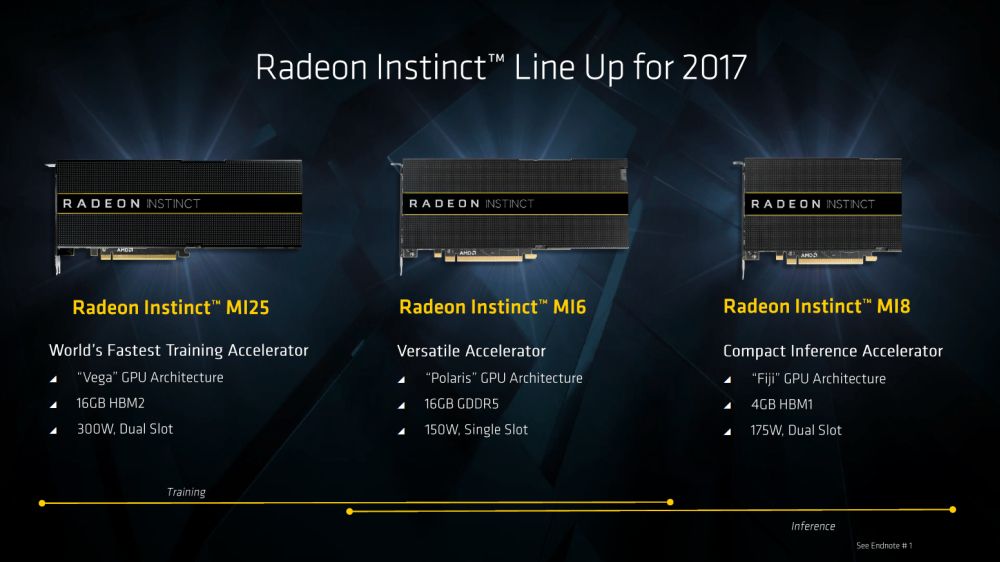 Last modified on 21 June 2017
Rate this item
(0 votes)
Tagged under
More in this category: « Nvidia officially announces the Tesla V100 card AMD Radeon RX Vega needs a lot of power »
back to top