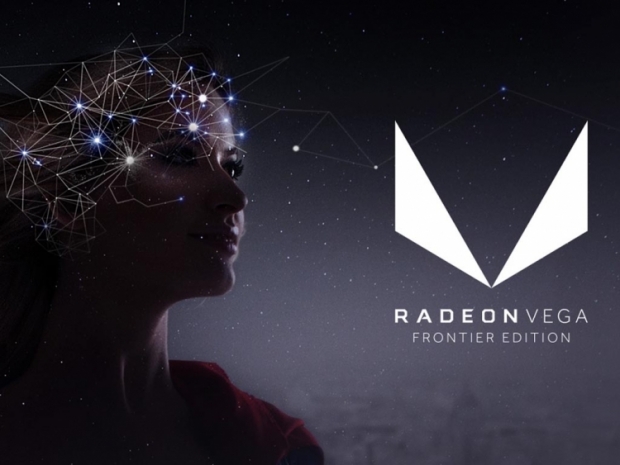 AMD's upcoming Radeon Vega Frontier Edition graphics card have been spotted for pre-order in both the UK and the US, available in air- and liquid-cooled versions and starting at US $1199.

The new Radeon Vega Frontier Edition graphics card, the same one that was officially announced and shown by AMD's Senior Vice President and Chief Architect of RTG, Raja Koduri, during the 2017 Financial Analyst Day, packs 16GB of HBM2 memory and delivers 13 TFLOPs of single- and 25 TFLOPs of half-precision compute performance.

The card has a pixel fillrate of around 90 Gpixels/s and has a memory bandwidth of around 480GB/s. According to available details, the Vega 10 GPU, with 64 next-gen Compute Units (nCUs) and 4096 Stream Processors, is clocked at 1600MHz and it features three DisplayPort and one HDMI display outputs.

We already knew that it will be coming in two versions, with air- or liquid-cooling and both need two 8-pin PCIe power connectors, suggesting that it draws over 300W of power.

Guys from Videocardz.com manage to spot the card in both the US-based Sabre PC retailer/e-tailer as well as the UK-based Scan UK.

Interestingly enough, Sabre PC says that both cards are in stock while Scan UK has them both on pre-order.

Exxact Corp., a company specializing in professional GPU solutions provided a performance chart which compares the Radeon Vega Frontier Edition with Nvidia's Titan Xp graphics card and which also reveals a bit more details, suggesting that the air-cooled version has a 300W TDP while the liquid-cooled one has a higher 375W TDP.

AMD never gave a specific launch date other than it would be coming in late June so it does not come as a surprise that some retailers/e-tailers have jumped the gun looking to score some early pre-orders. 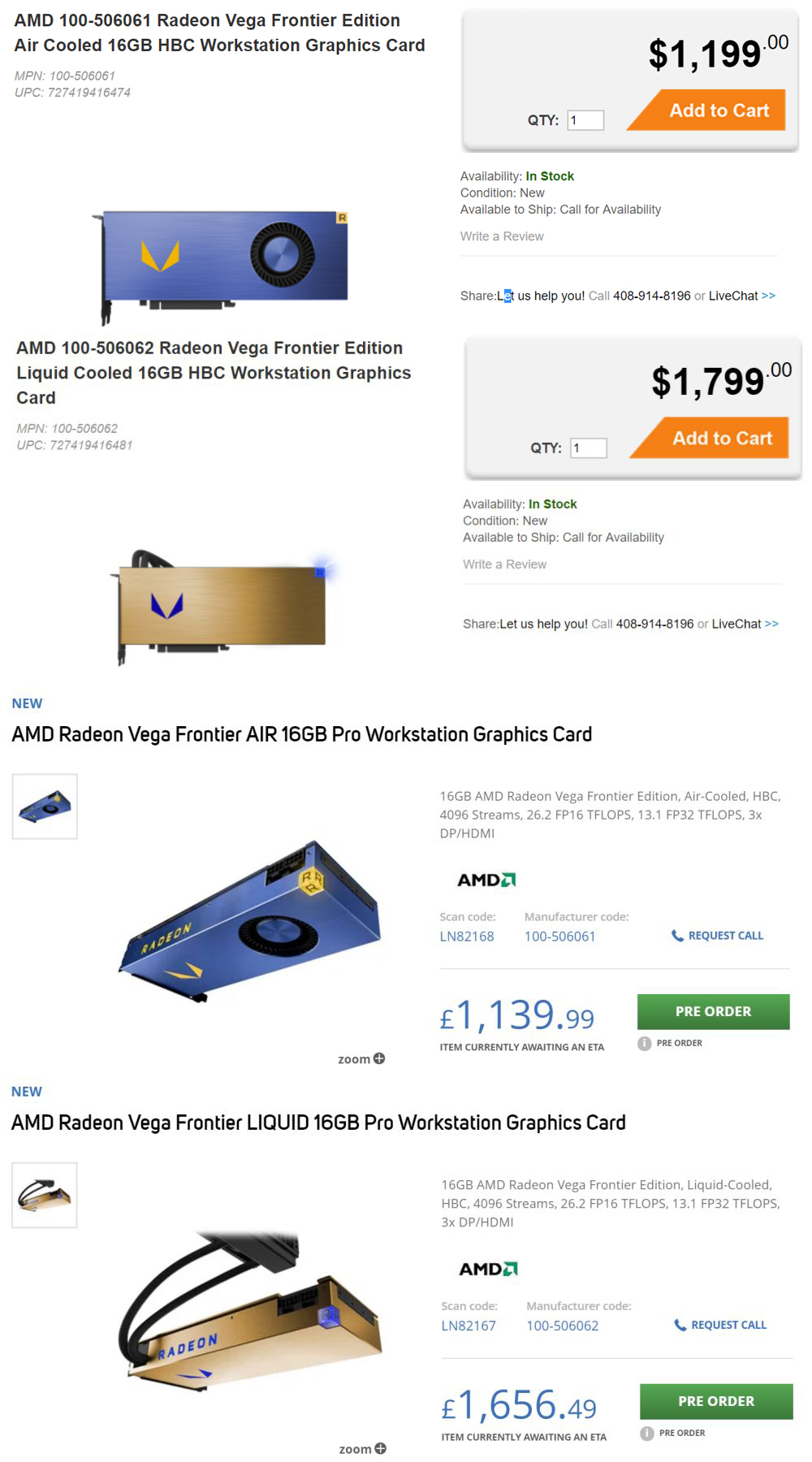 Last modified on 29 August 2018
Rate this item
(0 votes)
Tagged under
More in this category: « AMD releases new Radeon Software 17.6.2 driver AMD could be preparing to ship Vega to AIB partners »
back to top