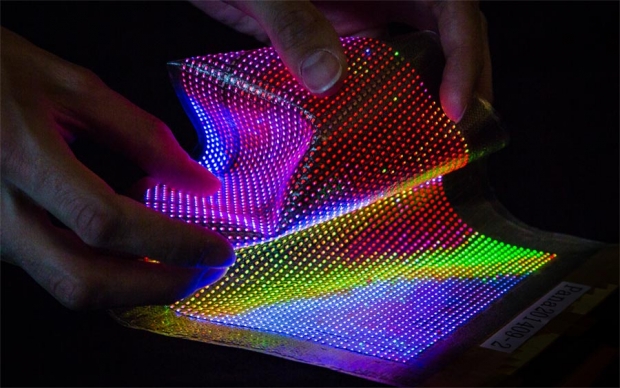 Despite shedloads of delays and technological bottlenecks micro LED products will start to arrive in the second half of the year with full production ready for 2018.

Micro LED consists of arrays of microscopic LEDs forming the individual pixel elements. It has not been commercialised until now and OLED has been attracting all the headlines. It is targeted for smartphones but also AR and AI gear.

According to Digitimes, Apple has been keen on the development of micro LED technology following its acquisition of LuxVue in 2014. Jobs’ Mob will churn out a small number of micro LED display products from its plant in Taiwan at the end of the year.

Startup PlayNitride, which was reportedly targeted by Samsung Electronics for possible acquisition, is expected to install a production line for trial production of micro LED products in the second half of 2017.

It uses a mass transfer process that mounts micro LED chips on TFT (thin film transistor) substrates. PlayNitride has been trying to , improve the yield rate and said that it will o team up with terminal device makers to engage in product design and development using its micro LED technoloy in 2018.

This means that mature products for applications including VR/AR, smartphone and TV devices should arrive in 2019.

Taiwan's government-sponsored Industrial Technology Research Institute (ITRI), has been funding micro LED technology for a long time, is also expected to tie up with local businesses to begin trial production of micro LED displays in 2018

Foxconn announced that it plans to acquire display startup eLux for $27.03 million in cash via four subsidiaries, including Sharp, for development of next-generation micro-LED display technology. Sharp will invest $7 million to take a 31.82 per cent stake in eLux.

The acquisition could provide a fast track for Foxconn to commercialize micro-LED technology, Digitimes said.

Last modified on 24 May 2017
Rate this item
(0 votes)
Tagged under
More in this category: « Vega HBM 2 8GB memory stack costs $160 Samsung shows off stretchable display »
back to top