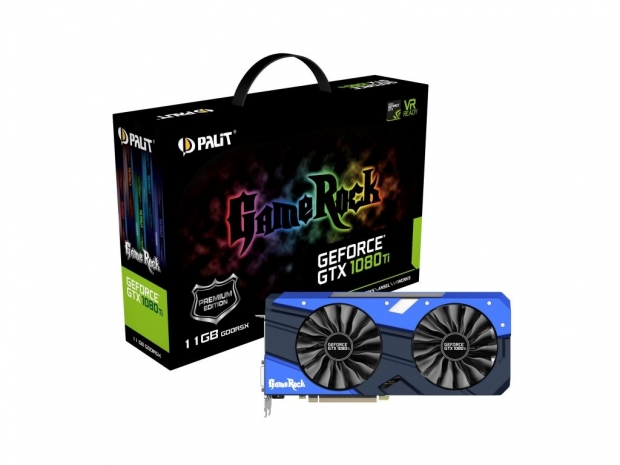 While some might think that three fans on top of a graphics card might be overkill, Palit has decided to push the envelope by placing a total of four fans on its new Palit GTX 1080 Ti GameRock series.

While having three fans on a cooler is pretty much a standard today, at least on high-end, factory-overclocked graphics cards, the new Palit GTX 1080 Ti GameRock is a bit different with its TurboJET4 feature. The TurboJET4 is practically a dual-fan cooler which uses a double-fan solution to create the anti-vortex design.

This should give the GTX 1080 Ti GameRock high-air volume and thus a higher heat dissipation and a lower acoustic level, compared to a standard single fan. It also drops the temperature down by 12 degrees and makes it up to 6dBA quieter compared to standard coolers.

In addition to the all new cooling system, Palit also included a pretty high factory overclock, pushing the GPU to 1594MHz GPU base and 1708MHz GPU Boost clocks while 11GB of GDDR5X memory ended up at 11GHz. The card actually has three modes, OC Mode, Gaming Mode and Silence Mode which have different clocks.

The GTX 1080 Ti GameRock uses a custom 12+2-phase VRM which draws power from a pair of 8-pin PCIe power connectors and it uses a standard display output configuration with single HDMI and DVI output and three DisplayPort outputs. It also has a dual BIOS feature as well as RGB LED lighting, something that is included with most hardware these days.

Unfortunately, Palit did not reveal any details regarding the price or the availability date but we expect it on retail/e-tail shelves soon. 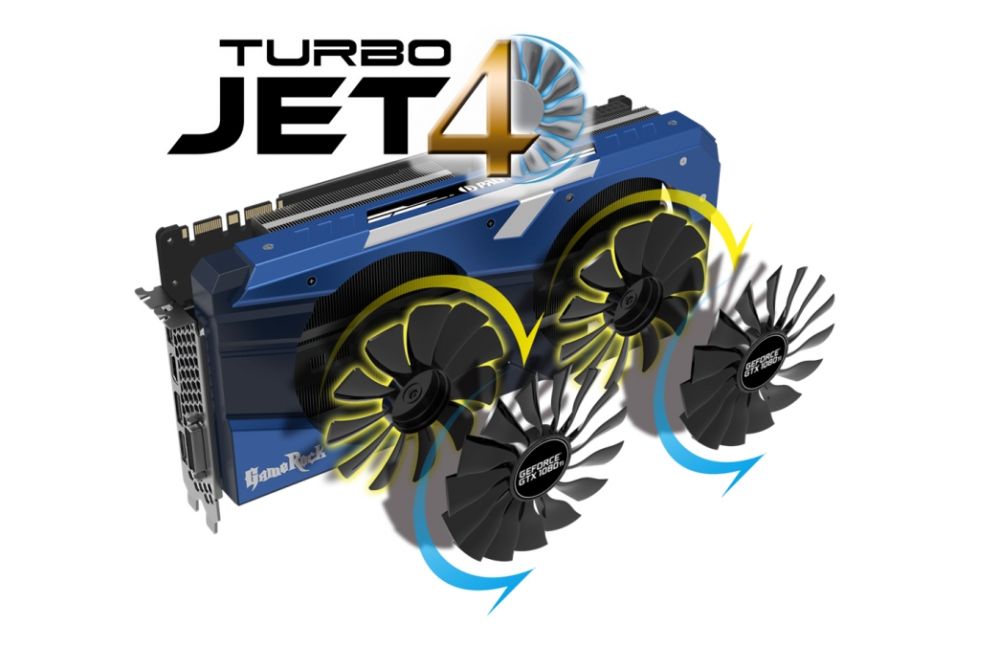 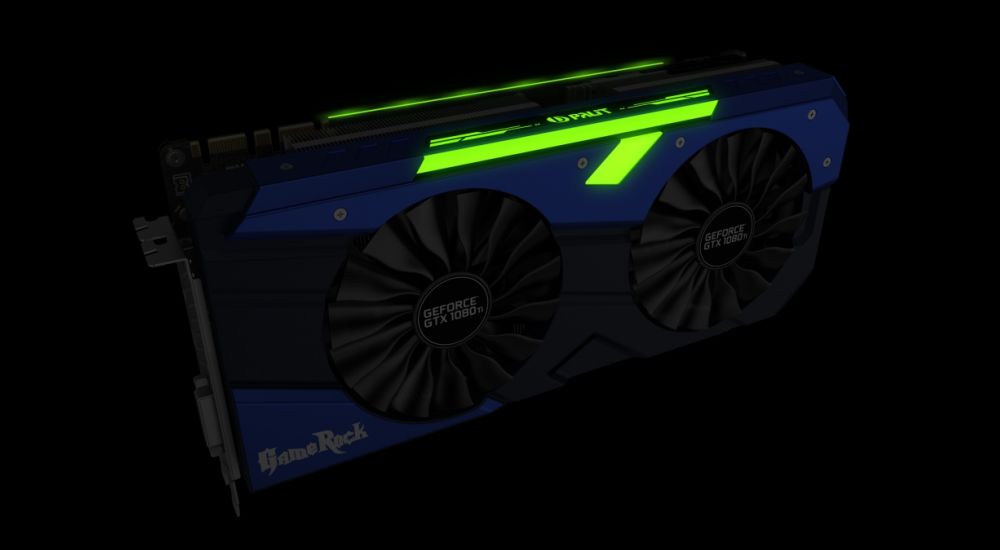