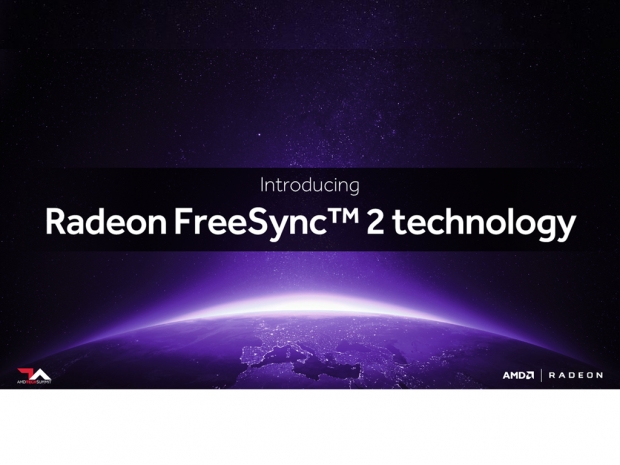 AMD FreeSync technology was focused on refresh rates, and with over 20 partners and 121 monitors available with FreeSync support, AMD was quite keen to note how FreeSync is both "better" and more widely adopted compared to Nvidia G-Sync technology. The newly announced FreeSync 2 technology will focus on HDR, bringing much lower HDR latency to gamers.

The HDR or "high dynamic range" is the next big thing and can be used on both SDR (standard dynamic range) and HDR-capable monitors, but suffers from high input lag, something that AMD will change with the FreeSync 2 technology.

According to AMD's slides, the FreeSync 2 is a single stage process which already knows the monitor's native spectrum and uses single FreeSync 2 Transport, thus lowering the input lag. In AMD words, the API for FreeSync offers a low-latency alternative that shifts the workload to Radeon GPU, allowing the game to tone the map directly to the display's target luminance, contrast, and color space. 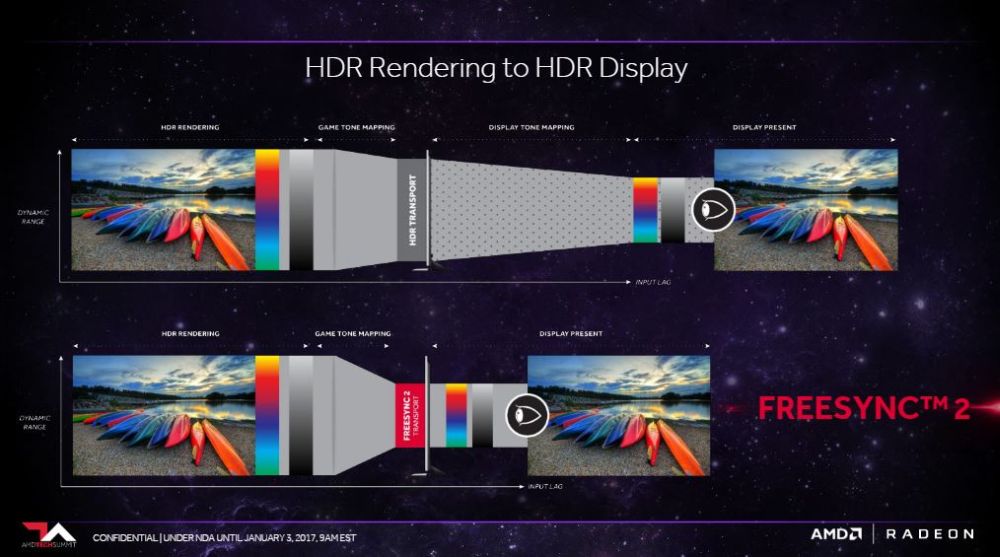 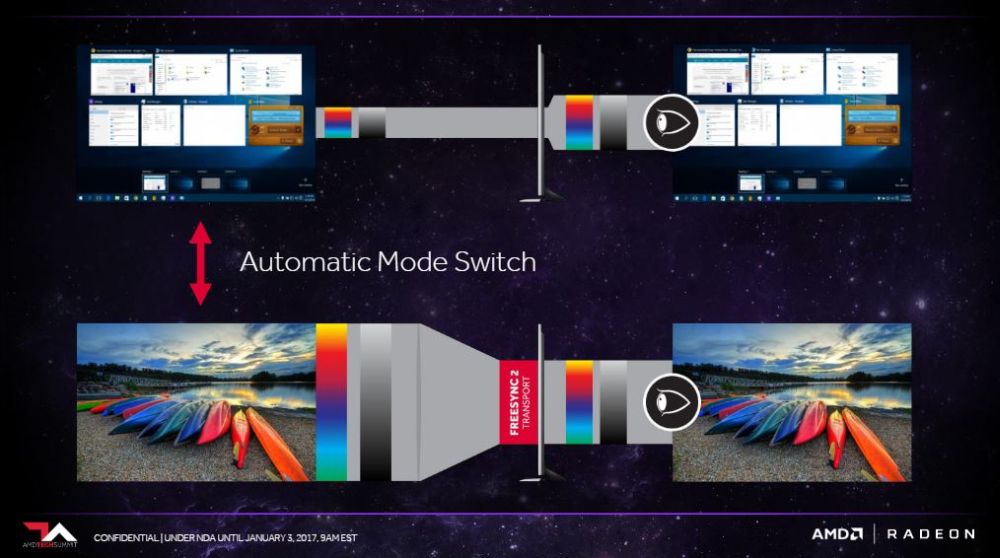 AMD had earlier introduced the LFC or low framerate compensation, which requires monitor support, and which will be a must for manufacturers to get FreeSync 2 certification. This means that panels will have to have a minimum dynamic color and brightness range, which will, according to AMD, offer twice the perceivable brightness and color volume compared to sRGB. 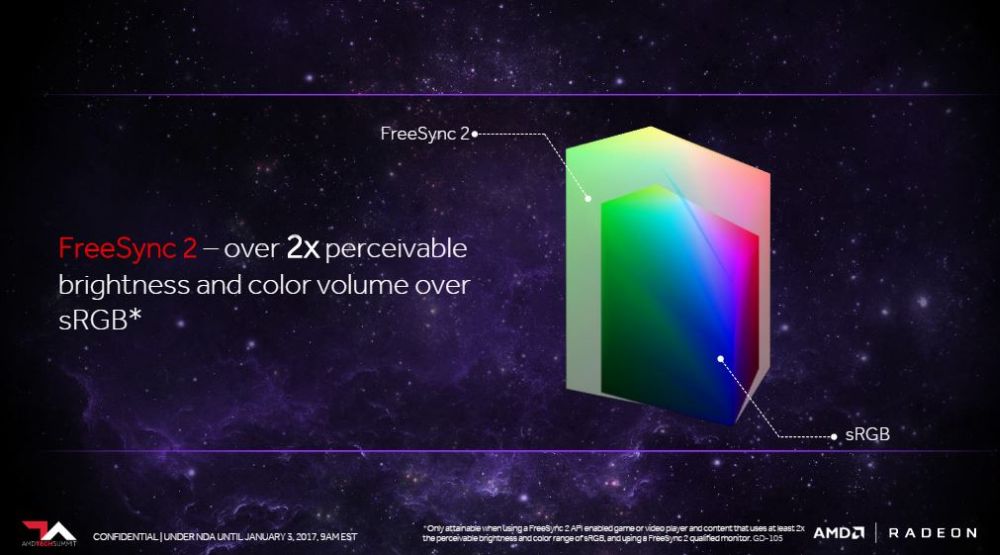 According to AMD, all FreeSync-compatible Radeon GPUs will also support the new FreeSync 2 technology, which means all GCN 1.1 and newer GPUs.

While AMD did note that we will see FreeSync 2 sometimes in the first half of this year, it needs both game developers and monitor makers to come together, so it might be a while before we see it in full action. Currently, Samsung is the only known big partner that has jumped on the FreeSync 2 train but hopefully, other will follow soon.