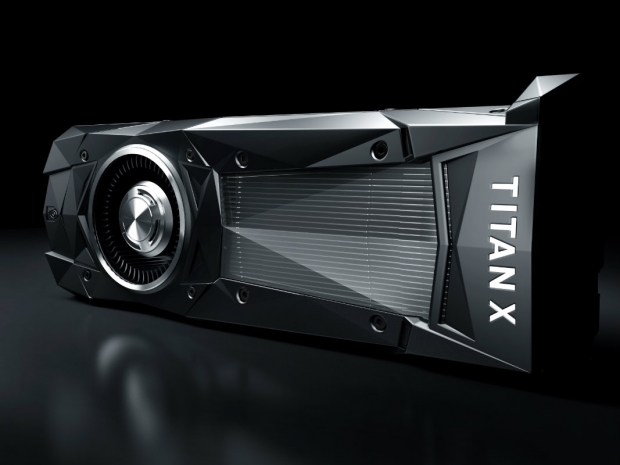 Nvidia just sent us an official note that the company has its 11 teraflops, 12 billion transistor Pascal based Titan X card and will start start flogging it on 2 August for $1200.

Despite claims that there is no need for anything faster than Geforce GTX 1080, our deep throat  told us that there was a demand for $1000 Titan cards especially in boutique computing market. Since Nvidia could built it, it was pretty sure it could sell it and the people would come.

Nvidia spun us a yarn about how the Titan X was a result of an internal bet between Brian Kelleher Nvidia top hardware engineer and Nvidia’s CEO, Jen-Hsun Huang. Kelleher claimed that they can build a chip delivering more than 10 teraflops of computing performance from a single chip. Jen-Hsun thought that was crazy. Brian won the bet as they managed to make the card although since the bet was for a buck no one was really enriched.

This is, as we told you,  Pascal GPU architecture and the GPU has 3,584 CUDA cores. This is just slightly less than the GP100 that has the 3840 CUDA. As we told you before Titan X is using GDDR5X and not the HBM 2 simply because the new memory is still not available. HBM 2 will be the memory for 2017 products.

Here are some of the specs

All this should result in a card that is up to 60 percent faster than previous Titan. TITAN X will be available for $1,200 direct from nvidia.com in North America and Europe, and select system builders. Nvidia confirmed that it is coming soon to Asia. European customers can expect that $1200 + VAT ending up at being translated closer to 1300 Euro.