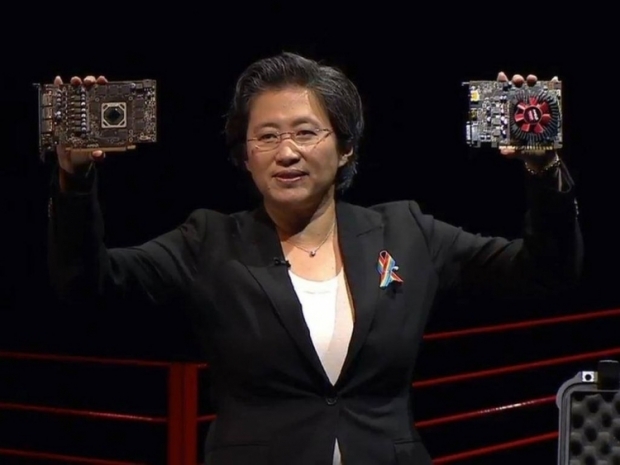 A set of new slides leaked online has confirmed most of the specifications for the upcoming Radeon RX 470 and RX 460 graphics cards while the newest roadmap shows that high-end Vega GPU won't be coming before next year.

The Radeon RX 470 will feature 32 Compute Units (CUs), which adds up to 2048 Stream Processors, 128 TMUs and 32 ROPs. It also comes with 4GB of GDDR5 memory, paired up with a 256-bit memory interface and draws power from a single 6-pin PCIe power connector. 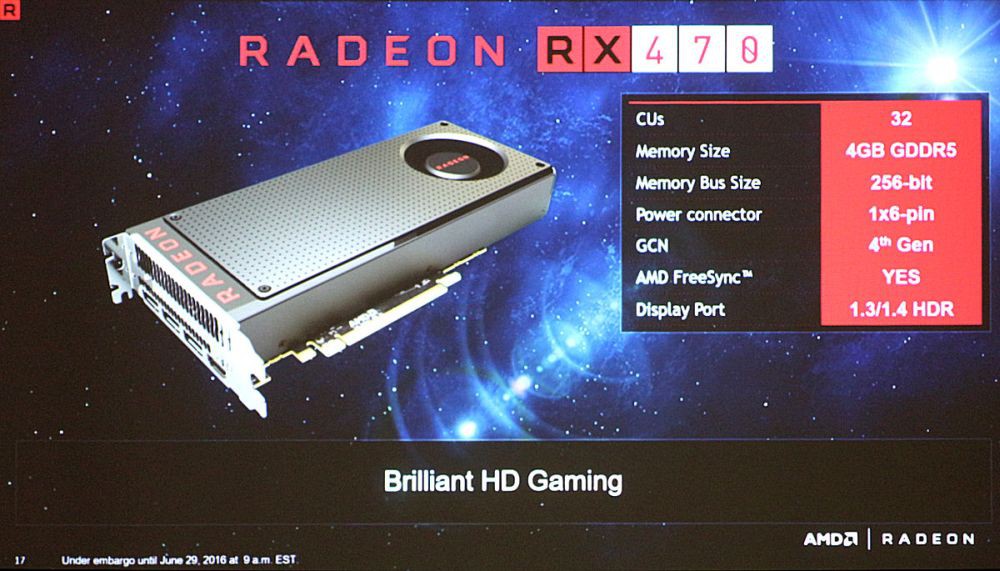 Earlier rumors suggested that the Radeon RX 470 could launch with a price of under US $150, but that is yet to be confirmed, as some of our sources suggested US $179 price tag, but that one could be for custom versions.

While the Radeon RX 470 will target 1080p gaming, the Radeon RX 460 will target casual and MOBA gamers and could end up with a sub-$100 price. It will be based on the 14nm Polaris 11 Baffin GPU and features 14 Compute Units (CUs) for a total of 896 Stream Processors. It will come with 2GB of GDDR5 memory with a 128-bit memory interface and won't need any additional power other than 75W from the PCIe slot. 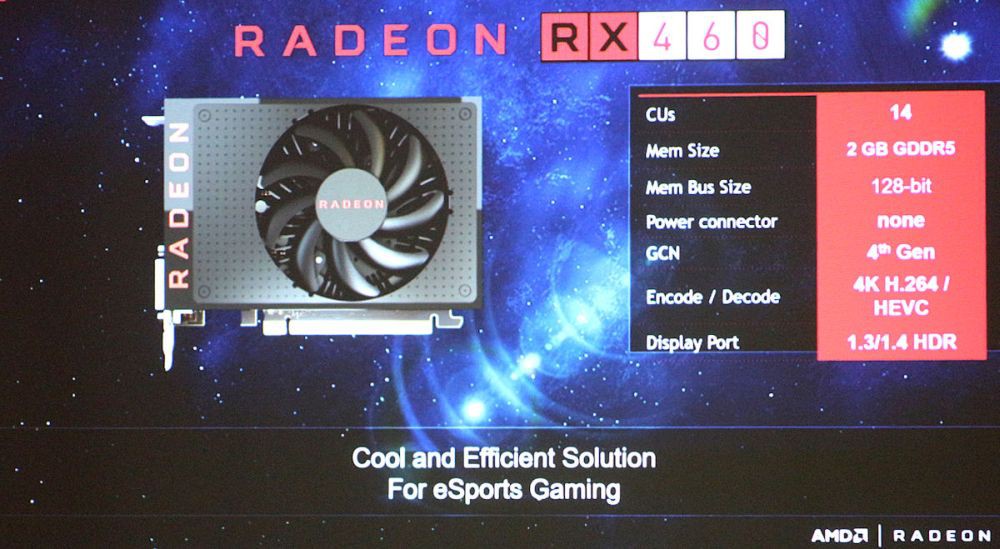 The same set of slides also includes a new roadmap which confirms that we won't see the Vega GPU with HBM2 before next year. The roadmap details the Vega GPU as "a high-end architecture for high-end gamers." 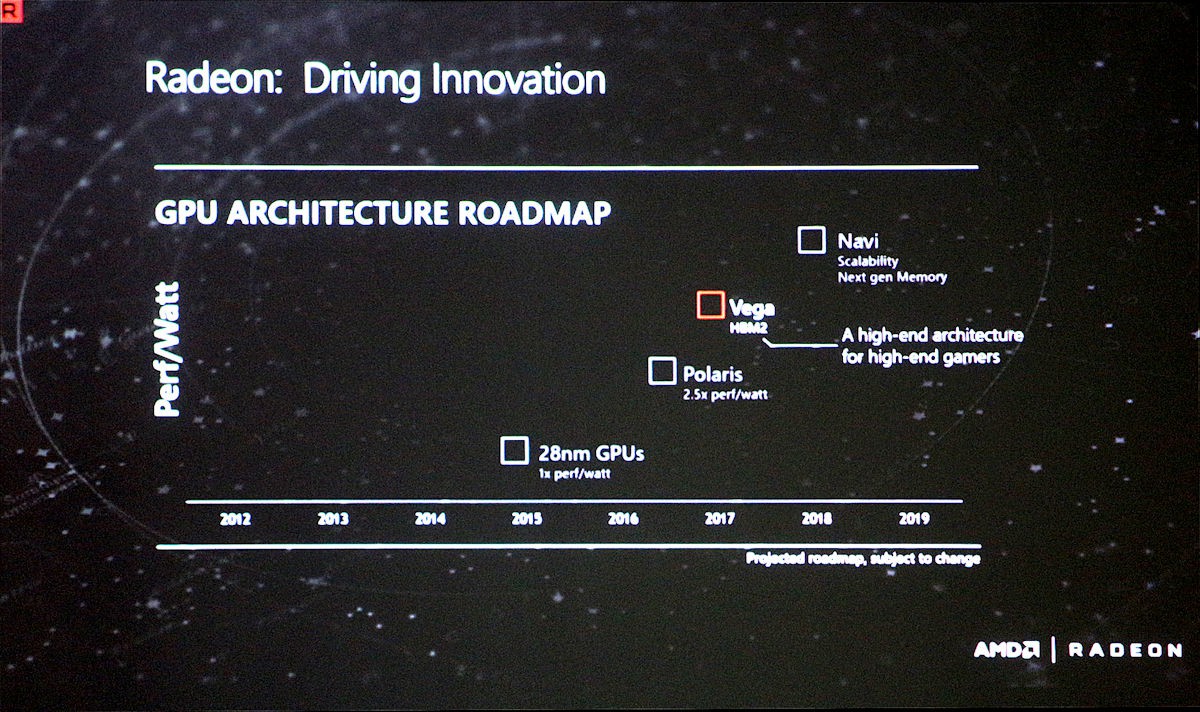 The Vega GPU 2017 launch schedule is in line with what we've written about before, and although there were some earlier rumors we are quite sure that there will be no HMB2-equipped graphics cards this year, other than a few Nvidia Tesla P100 GPU accelerators.