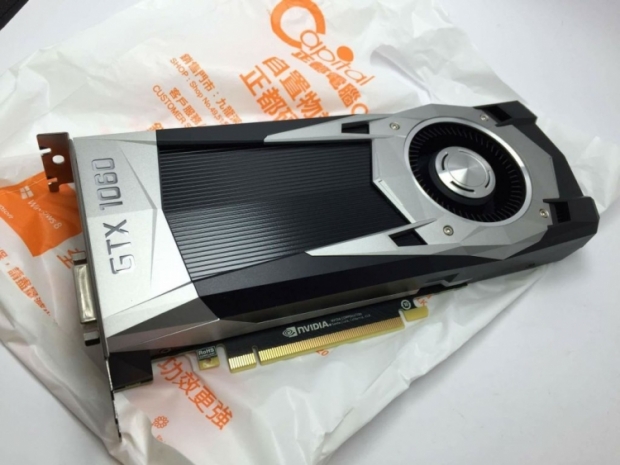 Earlier rumors that Nvidia has pulled the Geforce GTX 1060 launch forward to July might be true as an alleged set of slides with full specifications and performance details has leaked online.

Newest rumors, caught by both Techpowerup.com and spotted in a leaked set of slides from Videocardz.com, suggest that the GTX 1060 could be officially launched in July, precisely July 7th, with market availability expected a week after, on July 14th.

According to what appears to be Nvidia official slides, the GTX 1060 will offer "the power of GTX 980 for every gamer", which also suggest that it will be aggressively priced and according to the performance and efficiency slide, it targets AMD's newest Radeon RX 480 and should be faster in both gaming and VR and be significantly more power efficient, especially with the 120W TDP. Of course, bear in mind that this is Nvidia slide and since it starts from 0.8 we can't get a clear picture of how much faster or power efficiency will the GTX 1060 actually be.

The earlier leaked picture showed the GTX 1060 Founders Edition and it is still not clear if Nvidia AIC partners will be making custom GTX 1060 graphics cards from day one.

It was pretty clear that Nvidia won't be sitting idly as AMD gets a tight grip in the mainstream market, and while RX 480 is selling quite well, upcoming Nvidia GTX 1060 will definitely ruin its celebration. 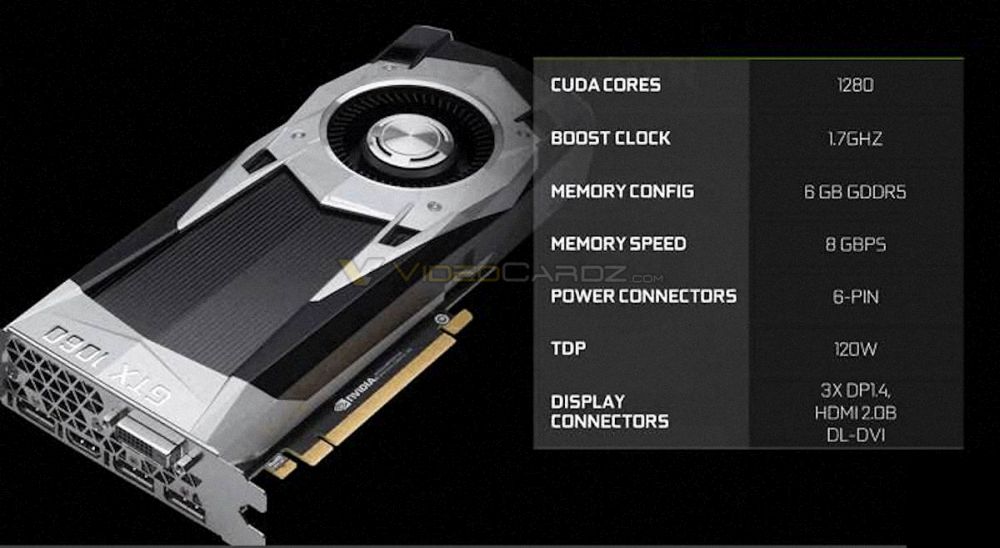 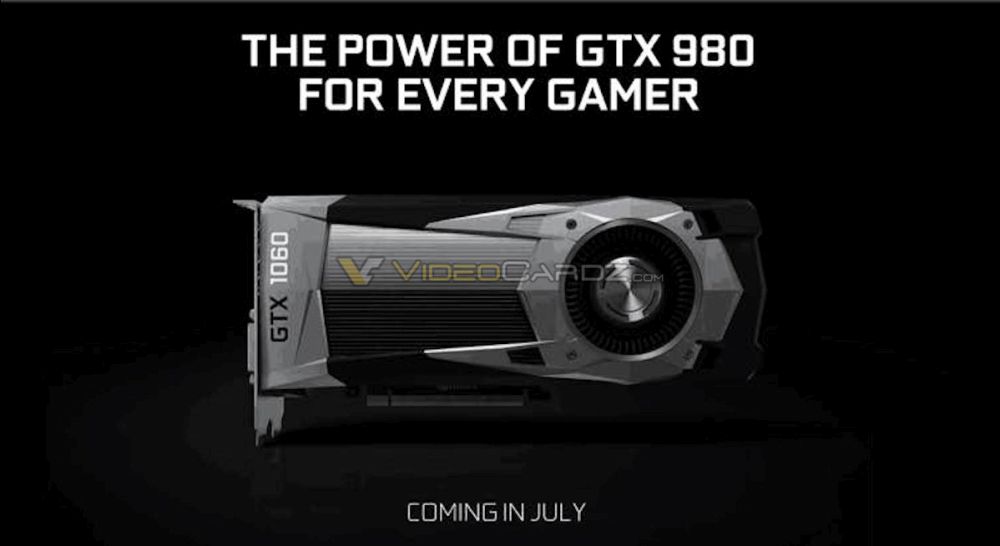 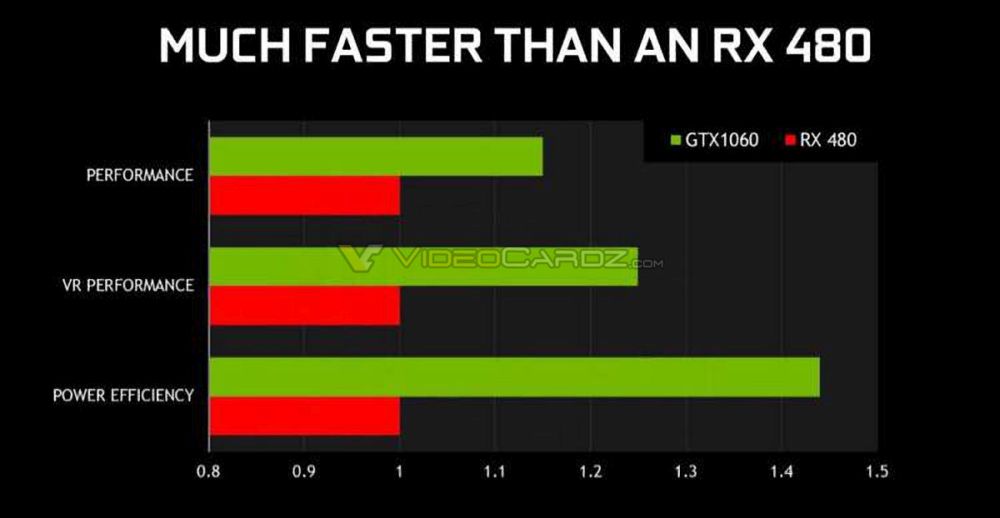 Rate this item
(21 votes)
Tagged under
More in this category: « AMD investigating PCI power draw issues Gigabyte makes a shorter GTX 1070 with factory-overclock »
back to top