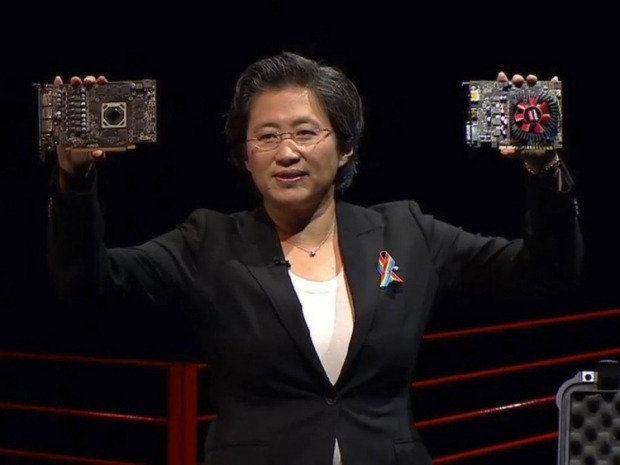 Official slide reveals it all

In an official slides that have leaked after the E3 2016 show, AMD has confirmed most of the specifications for both the Polaris 10 and the Polaris 11 GPUs which will power the upcoming Radeon RX 480, RX 470 and RX 460 graphics cards.

According to the slides published by Computerbase.de, both GPUs are based on AMD's 4th generation Graphics Core Next (GCN 4.0) GPU architecture, offer 2.8 perf/watt improvement compared to the previous generation, have 4K encode and decode capabilities as well as bring DisplayPort 1.3/1.4 and HDR support.

Powering three different graphics cards, these two GPUs will cover different market segments, so the Polaris 10, codename Ellesmere, will be powering both the Radeon RX 480, meant for affordable VR and 1440p gaming as well as the recently unveiled RX 470, meant to cover the 1080p gaming segment. The Polaris 10 packs 36 Compute Units (CUs) so it should end up with 2304 Stream Processors. Both the RX 480 and RX 470 should be coming with 4GB or 8GB of GDDR5 memory, paired up with a 256-bit memory interface. The Ellesmere GPU offers over 5 TFLOPs of compute performance and should peak at 150W.

The Radeon RX 470 should be based on Ellesmere Pro GPU and will probably end up with both lower clocks as well as less Stream Processors and according to our sources close to the company, should launch with a US $179 price tag, while the RX 480 should launch on 29th of June with a US $199 price tag for a reference 4GB version. Most AIB partners will come up with a custom 8GB graphics cards which should probably launch at US $279+.

The Polaris 11 GPU, codename Baffin, will have 16 CUs and should end up with 1024 Stream Processors. The recently unveiled Radeon RX 460 based on this GPU should come with 4GB of GDDR5 memory paired up with a 128-bit memory interface. The Radeon RX 460 targets casual and MOBA gamers and should provide decent competition to the Geforce GTX 950 as both have a TDP of below 75W and do not need additional PCIe power connectors.

According to earlier leaked benchmarks, AMD's Polaris architecture packs quite a punch considering both its price and TDP so AMD just might have a chance to get a much needed rebound in the market share. 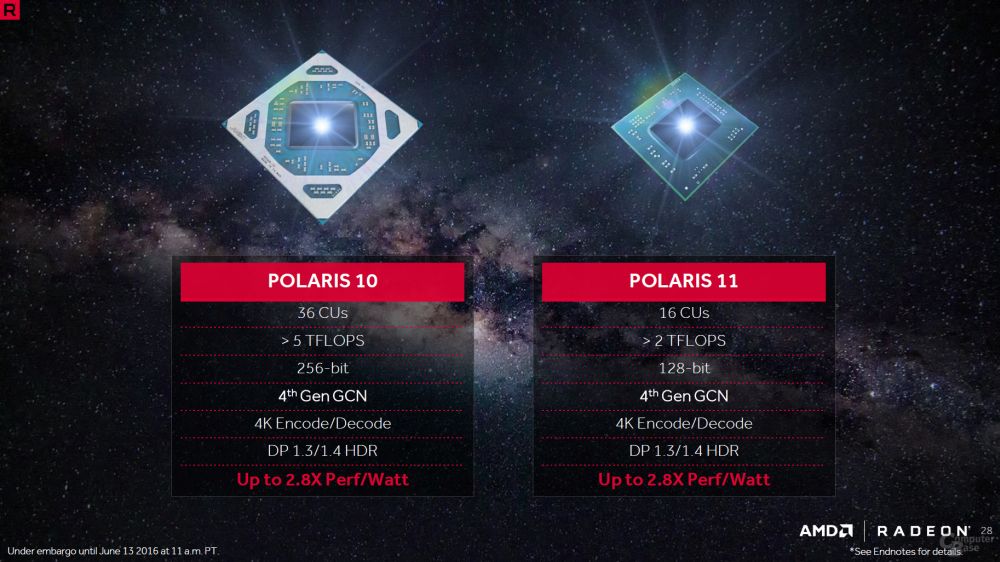 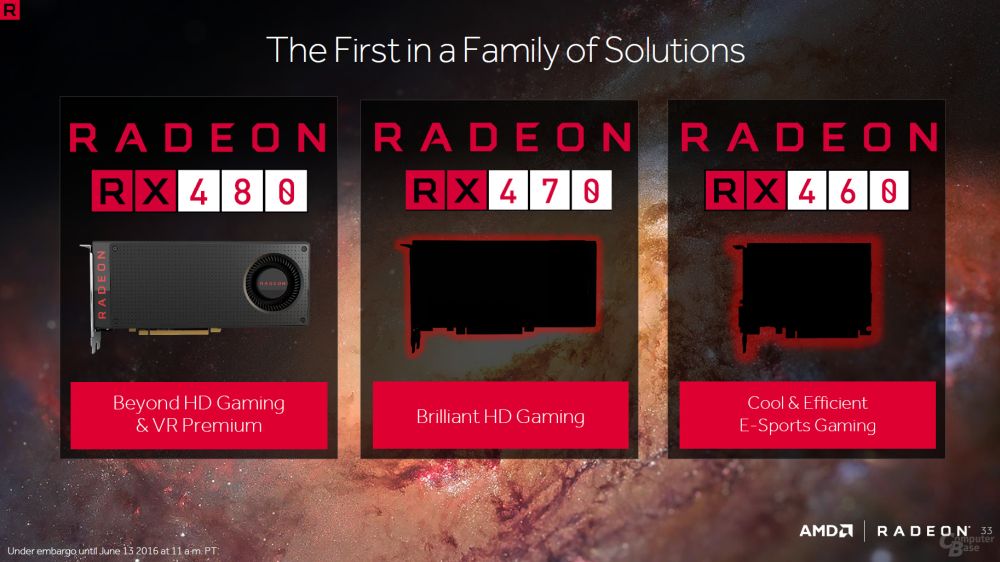 Rate this item
(15 votes)
Tagged under
More in this category: « Nvidia is GPU accelerator king Smaller companies doing better out of OLED »
back to top