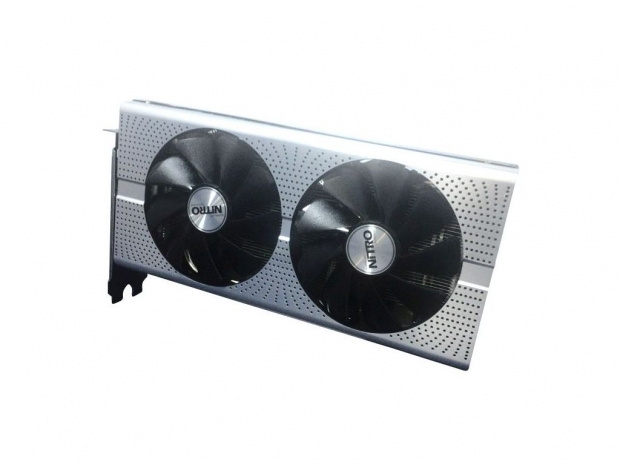 With 8GB of RAM and custom cooler

There have been a couple of rumors that have AMD AIB partners could make custom Radeon RX 480 from day one, and since a picture of Sapphire's custom RX 480 Nitro has already leaked online, these rumors appear to be true.

While there are no precise details regarding the actual clocks since we are still about two weeks away from the official launch, the set of leaked pictures still reveal a lot of details.

Spotted by Videocardz.com, the Sapphire RX 480 Nitro keeps the same short PCB we have seen when the RX 480 was introduced and still comes with a single 6-pin PCIe power connector so we suspect it won't have a massive factory-overclock. On the other hand, Sapphire has changed the reference blower-style cooler for a dual-slot dual-fan custom one. This is an 8GB version of the RX 480, which should be the ones that will be available on 29th of June, while US $199 priced 4GB version should come at a later date.

The cooler also comes with a RGB LED Sapphire logo, which should change color depending on the fan speed, GPU temperature or a custom profile set by user, something that most hardware manufacturers are going for these days.

AMD has also unveiled the rest of the RX 400 series lineup last night but we still do not have any precise details regarding them so all eyes are now focused on the RX 480 launch later this month.